The New Frontier For Retail Starts with IoT and 5G 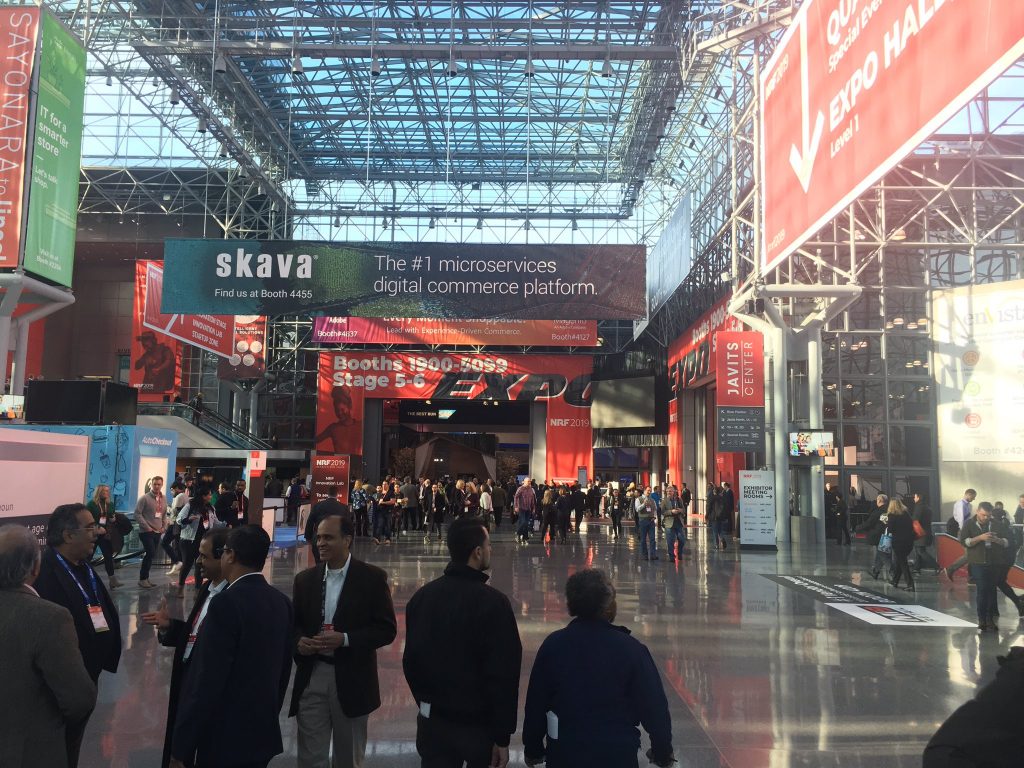 The National Retail Federation’s annual conference and expo NRF 2019, Retail’s Big Show, just concluded Tuesday and 5G and IoT technology were among the biggest talking points. The three-day expo is the world’s largest congregation of industry leaders, innovators, and companies bringing the next generation of retail into reality. Much may still be unknown about 5G among the general public, but it is very close to large-scale implementation nationwide.

AT&T has already launched selective 5G networks in several cities including Dallas, Houston, New Orleans and others with the goal of reaching at least 12 major cities throughout the country in 2019. According to SmallBizTrends, “The early adopters in the cities will be able to use the NETGEAR Nighthawk 5G Mobile Hotspot on AT&T’s mobile 5G+ network. The service is going to deliver fast mobile speeds over the mmWave spectrum when compared to standard LTE.”

With a new dawn of internet connectivity on the horizon—just how will 5G change the retail landscape in the future? One of the most exciting parts of this transition is the amount of options it opens for services like IoT devices, AR, VR, and more. IoT is going to have a major transformation with 5G access—one whose speeds would be 10 times faster than standard LTE. With such drastic improvements in speed and accessibility, IoT will assuredly go from a flashy tech trend to a significant differentiator for businesses.

In retail, 5G and IoT gives businesses the opportunity to expand, improve, and personalize the in-store shopping experience. In an increasingly online retail landscape, one of the biggest problems retailers face is figuring out how to attract people back inside their stores. Things like “smart shelves” and “magic mirrors” are already utilizing IoT to enhance the customer experience. In Amazon’s new-age storefronts, smart shelves use IoT and sensors to detect when items are running low or out of stock. Once this is detected, the shelf communicates with the supply chain network to send for more or even check when the next shipment is on the way, revolutionizing the traditional grocery store infrastructure.

The potential for IoT in retail is deep. Using facial recognition technology, IoT devices can alert in-store sales clerks that a customer is a VIP or help to provide recommendations based on their recorded preferences, taking targeted marketing to a thrilling new level. IoT can also streamline payments and long lines at cashiers using the technology. Theoretically, the same customer could even exit the store without reaching for their wallet because their payment information is on file in the system– something already being tested out by Amazon in its ‘Amazon Go’ stores.

Beyond the cliché, nothing will be the same after 5G becomes a standard in the United States. Healthcare, e-commerce, gaming, marketing, all of these will be dramatically improved by 5G connectivity. New markets will open, and old ones will be given a digital makeover. After this year’s incredible CES in Las Vegas, Retail’s Big Show continued to build excitement and help those in attendance prepare for the bright (and fast) future ahead.

Celebrating the leaders and experts that are powering education into the future, host JW Marshall sets out to ask the “right questions” in EdTech to understand the changes in policy and technology that will power Read more

Propelling: Mistakes Made by Drone Early Adopters – And How to Avoid Them

Drones are here to stay, with UAVs and other solutions making surveying, imaging and a variety of other tasks much simpler. This can bring a wide range of benefits to your organization – provided you can avoid Read more

“Lunar LTE” may sound like a phrase ripped from a bad sci-fi movie, but it’s no fiction – Nokia is making lunar connectivity unlike anything we’ve seen before a reality. Project “Tipping Point” is actively Read more

The CEO of Mainvest, Nick Mathews, discusses big news out of the Bureau of Labor Statistics on massive incoming retail closures in 2021. He breaks down which sectors are most impacted, but Read more

Are You Ready for the Retailer-as-Service Revolution?