Noelle Walsh, Corporate VP for Microsoft, joined Nancy Novak, Chief Innovation Officer for Compass Datacenters, to discuss how gender equality is progressing in the data center industry. Walsh stated, “I think unconscious bias plays a role. I believe we are past the days of overt discrimination. But now it’s the microaggressions, the unconscious biases, and I think another level of learning will be needed to peel away the unconscious biases. ”Walsh believes that moving forward, hiring the best candidates across diverse facets will be an important focus for leadership figures. Learning to embrace one’s own differences and help others understand where they are coming from and embrace their own unconscious biases is also part of the growth process, according to Walsh. Networking is a crucial aspect of making the effort of getting to know colleagues. What is Walsh’s advice specifically for women in the field? She said, “Don’t hold back, don’t be planning for the worst-case scenarios, or the best-case scenarios. Live your life and your career to the full. You’ll adapt as life sends you in different directions. ”Microsoft wants “every person to achieve more.” This involves embracing a growth mindset. “I think underpinning that is diversity and inclusion. That diversity of thought, diversity of gender, culture, ethnicities, industries, and experiences, stated Walsh. Microsoft has capitalized on this by holding trainings on ally ship and cultures while rewarding people not just on what they achieve, but how they achieve. Continued progress in data center gender equality involves taking advantage of growth momentum and truly trying to make difference. Walsh said that every small step can have a ripple effect. For more podcasts and thought leadership on this topic, visit CompassDataCenters.com and subscribe to the podcast. 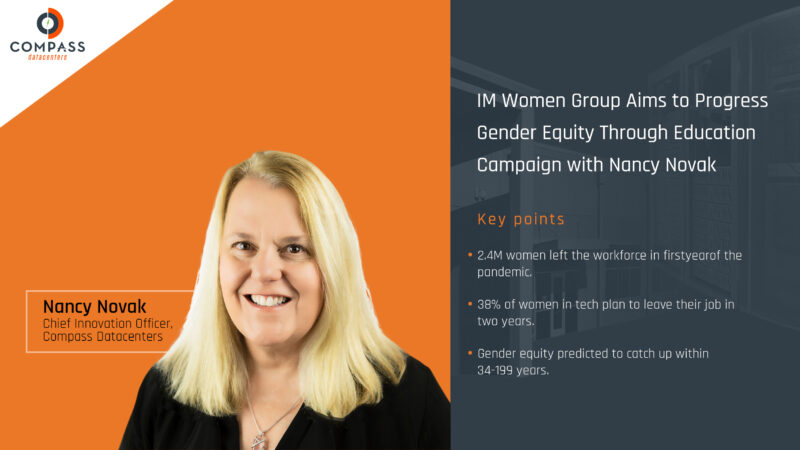