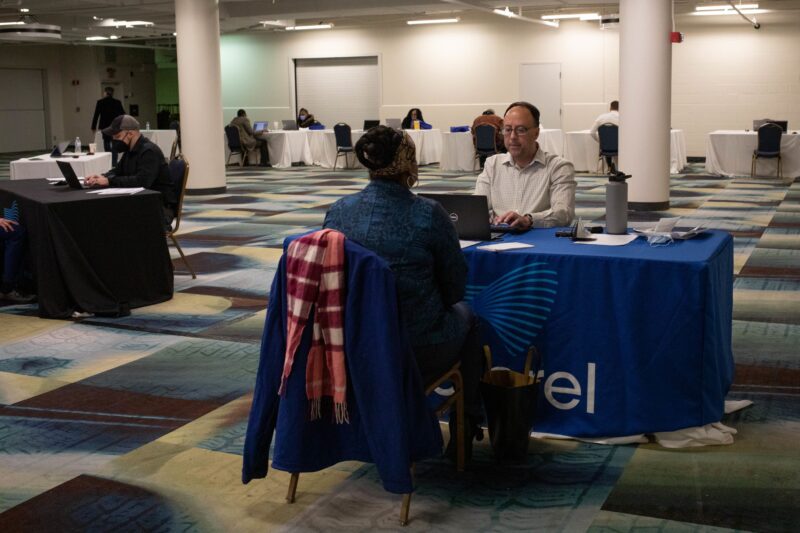 (Bloomberg) — Applications for US unemployment insurance fell for the first time in three weeks, suggesting demand for labor remains healthy.

Initial unemployment claims decreased by 2,000 to 250,000 in the week ended Aug. 13, Labor Department data showed Thursday. The date is particularly scrutinized because it corresponds with the reference period for the government’s August employment report, which will be released early next month.

The median estimate in a Bloomberg survey of economists called for 264,000 applications.

Continuing claims for state benefits climbed to 1.44 million in the week ended Aug. 6, the highest since early April.

The drop in jobless claims points to still-healthy labor demand as companies try to attract and retain employees amid lingering worker shortages. Even so, several employers have been laying off staff or freezing hiring amid economic uncertainty, which could continue as the Federal Reserve pursues an aggressive path of interest-rate hikes.

However, Fed officials are cautious of raising rates too much in their fight to tame decades-high inflation, according to the minutes of their July meeting released Wednesday. They said the labor market remains strong, though jobless claims, which have generally been trending higher in recent months, point to some softening.

“A couple of participants indicated that firms were keen to retain workers — a factor that could limit the increase in layoffs associated with a slowing labor market,” policymakers said.

Among some of the companies reducing staffing levels are Apple Inc., crypto brokerage Genesis and Rapid Micro Biosystems Inc..

The claims data can be choppy week-to-week, and the prior period was revised down notably. The four-week moving average, which smooths out such swings, fell slightly to 246,750. That’s the first drop since early April.

On an unadjusted basis, initial claims decreased to 191,834 last week. California and Ohio fell the most, while claims in Massachusetts, which have been volatile in recent weeks, posted a large increase.

Do you think inflation in the US has peaked? This week’s MLIV Pulse survey takes a hard look at prices. Please follow this link to share your views.