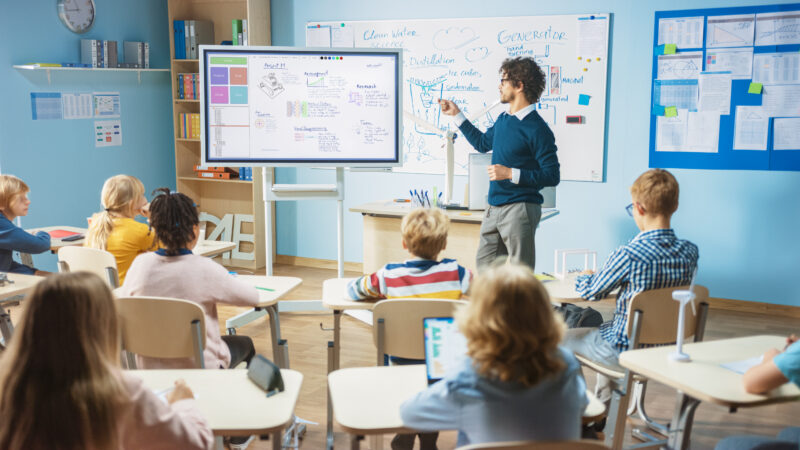 (Bloomberg) — Buoyed by a historic influx of federal pandemic stimulus, the largest school districts in the US are spending more.

On average, school district expenses rose 5.4% in fiscal 2023 from a year earlier, according to an analysis of 118 district budgets by Burbio, a Pelham, New York-based company that tracks school data. The gains follow a 10.8% increase between fiscal years 2022 and 2021. In total, the districts plan to spend $134 billion in the upcoming school year, up from $126 billion the previous year.

The spending uptick reflects a push by school officials across the country to put money to work ahead of a September 2024 deadline that requires them to use up all their allotted federal stimulus aid. Some school finance experts have suggested districts aren’t spending the money fast enough to exhaust their funds.

Among the districts analyzed by Burbio, Los Angeles Unified in California, and Chicago Public Schools plan to spend the most, $11.7 billion and $8 billion, respectively. Not all the country’s largest districts were included because some budgets, like New York City’s, aren’t yet available, and other districts operate on different fiscal calendars that don’t commence on July 1.

“Even as some districts are seeing drops in certain funding due to enrollment declines, the federal, and in some cases state-level stimulus spending, is more than making up for it,” Burbio co-founder Julie Roche said.

In 2020 and 2021, the federal government provided nearly $279 billion in relief aid for education, including $122 billion of American Rescue Plan stimulus. Expenditure figures from Burbio include stimulus spending, as well as more traditional spending from sources like state and local tax revenue.

The increased spending is noticeable in two prominent school districts. In Nevada’s Clark County, which includes Las Vegas, the district plans to spend about $3.3 billion in the 2023 fiscal year, $135 million more than last year and about 24% more than fiscal year 2021. The district was awarded about $777 million in American Rescue Plan funds.

Meanwhile, Baltimore City Public Schools will spend $182 million more than last year as enrollment is expected to recover from a 3,954 drop in fiscal 2021 due to the pandemic. Schools there received Elementary and Secondary School Emergency Relief Fund grants, known as ESSER, totaling $790 million, which the district can spend on temporary staff to support learning recovery and tutoring. Baltimore schools are also using stimulus money on capital projects like bathroom renovations, HVAC upgrades and building outdoor spaces, according to budget documents.

Mike Yates is a man of many interests. As the Senior Managing Director of Strategy for the TFA (Teach for America) Reinvention Lab, he gets to flex both sides of his brain to tap into those interests to Read more

Voices of e-Learning: Focus on the Future of Learning

﻿ The past few years have been a whirlwind of confusion and change. Let’s face it - no one knows what is going to happen next. But in all of this adversity, learning about different post-graduation options can Read more