Population density and aging infrastructure are harming North America’s power quality. One man’s problem is another man’s opportunity. In 2012, the RoseWater team set out to build a device that would guarantee perfect power. The highest quality, most complete residential and light commercial power management available.

“At the beginning, we saw energy storage as a huge growth opportunity,” said Mario Bottero, COO of RoseWater Energy. Unfortunately, the concept and product didn’t hit the ground running. The team worked on prototypes for four or five years to find an acceptable product. It took some time because only the best would do. “We didn’t want to value engineer this. We wanted to build the best product. And people kept giving us products with compromises,” said Joe Piccirilli, CEO of RoseWater Energy.

Today, the RoseWater device prevents residents from suffering from surges or sags. The zero transfer inverters are on all the time, maintaining the infrastructure and security of smart homes across the US. “We always had a philosophy of ‘be the best.’ We stuck to that, and we continue to stick to that,” said Bottero. “Mario, Marco, and I refuse to compromise. If it’s not the best, we don’t want to do it,” said Piccirilli.

Year after year, the team would take the product to home shows. Early on, they struggled to effectively get the message of how RoseWater was different and why it cost so much more. Each year, they would return with an improved product. “Part of our resolve is what convinced people in the long run,” said Picirrilli.

Since the launch of RoseWater in 2012, a lot has changed. “Ten years ago, it was kind of a coastal problem,” said Piccirilli. Today energy surges and sags are impacting the entire country. Each season brings new weather issues to challenge the grid, and it’s in the news more than ever. RoseWater’s future is bright but protected from lightning and power surges. “It’s the best product on the market right now, but how do we make it better? We’re always looking at that. We always want it to be the best product,” said Bottero.

Listen to the podcast wherever you get your podcasts, Spotify, Apple Music, or otherwise. 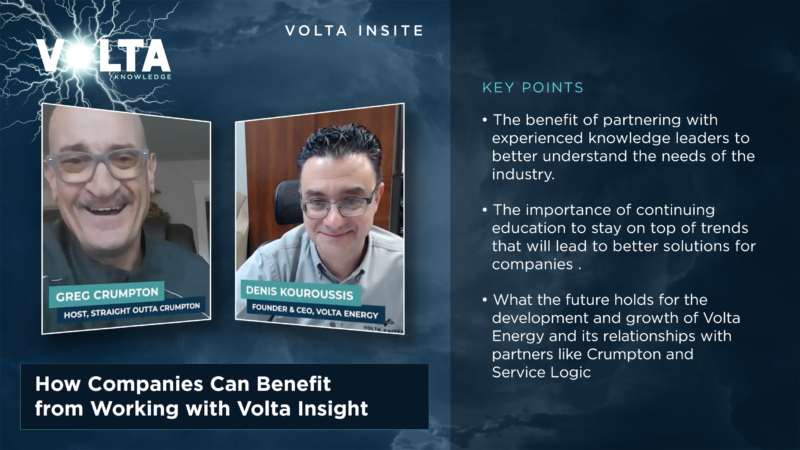