(Bloomberg) — NASA is delaying the debut launch of its new massive rocket due to an issue with one of the rocket’s main engines in another setback for its plan to orbit the moon and return to Earth.

The Space Launch System, or SLS, rocket launch which was expected early Monday will be rescheduled, the space agency said. It could be pushed several days or even multiple weeks.

Official confirmation of the delay came after the space agency spent the early morning hours investigating issues including a potential crack in the material in the main body of the rocket as well as a possible temperature issue with one of the main engines, officials said early Monday. Those came after engineers examined and resolved a suspected leak affecting the hydrogen tanking process.

The uncrewed mission, called Artemis I, will be the first major flight in NASA’s ambitious plan to send the first woman and the first person of color to the lunar surface as early as 2025. Artemis I is aimed at testing out the SLS, made by Boeing Co., and a new deep-space crew capsule called Orion that was developed by Lockheed Martin Corp. 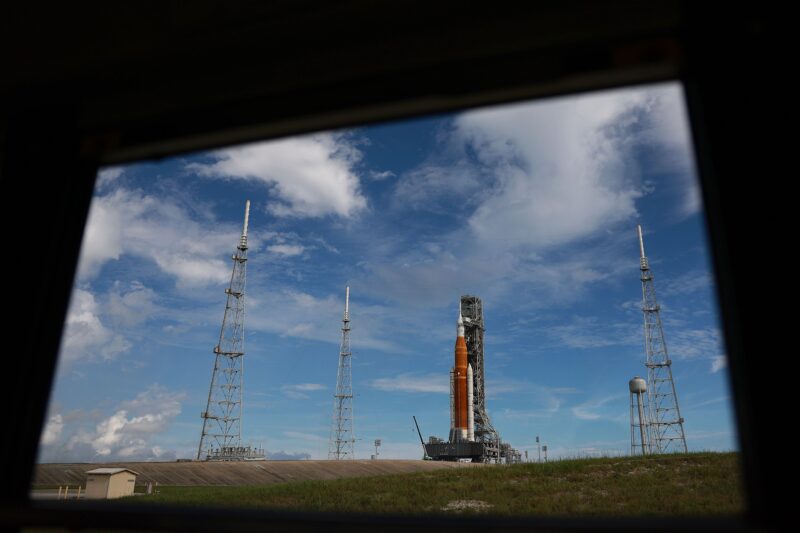 When Artemis I does launch, SLS will be sending Orion on a 42-day mission, along with a host of payloads and sensors to track the journey. The capsule is tasked with inserting itself into lunar orbit and entering deep space before returning to Earth in the Pacific Ocean off San Diego.

The Space Launch System already is more than five years behind schedule. It has been in development for roughly a decade, slowed by a myriad of delays and cost overruns. Development costs of the program have soared from an original $7 billion to about $23 billion, according to an estimate by the Planetary Society.

If successful, the Artemis program — named for the twin sister of the god Apollo in Greek mythology — will see the return of people to the lunar surface for the first time in 50 years. No one has visited the moon since Apollo 17 in December 1972.