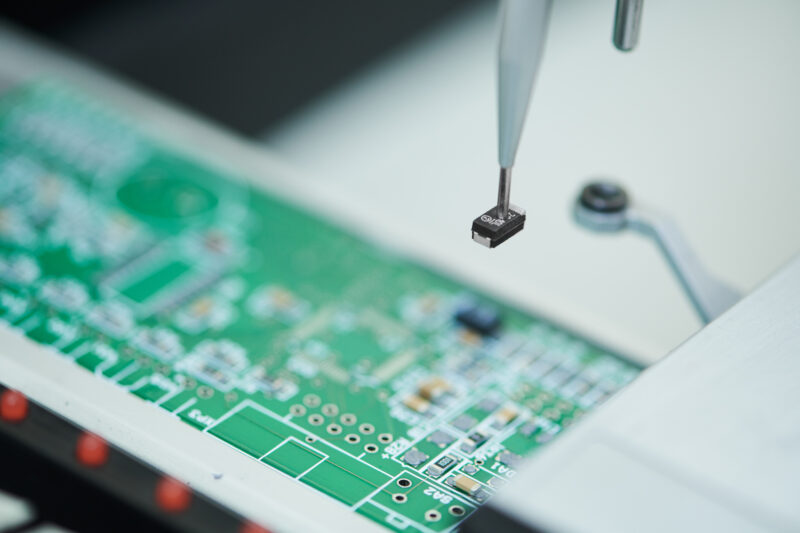 (Bloomberg) — The US House of Representatives passed a bill that includes $52 billion in grants and incentives for domestic semiconductor manufacturing, sending it to President Joe Biden for his signature and delivering a win for his administration more than a year after legislation was first introduced in Congress.

“This legislation is a major victory for American families and the American economy,” House Speaker Nancy Pelosi said in a statement before the vote. “Once enacted, the Chips and Science Act will bolster our nation’s production of semiconductor chips — reinvigorating American manufacturing and creating nearly 100,000 good-paying, union jobs.”

The 243 to 187 vote attracted support from 24 Republicans who defied a last-minute push from GOP leaders to oppose the bill. House Minority Leader Kevin McCarthy initially took a hands-off approach to the bill but decided late Wednesday to whip against it after Senate Democrats announced a surprise agreement on a separate tax and spending bill that Republicans oppose.

The chips measure, the result of lengthy House-Senate negotiations, has been presented as both a way to reinvigorate the US industrial base and fortify the country’s national security interests against future supply chain disruptions overseas, where the vast majority of advanced semiconductors are currently produced. In addition to semiconductor funding, the bill includes money for research and workforce training and 5G wireless technology.

“We are ushering in a bold and prosperous future for American science and innovation,” Texas Democrat Eddie Bernice Johnson, the chair of the House Science Committee, said in a statement.

The bill includes legislation from Representatives Michael McCaul, a Texas Republican, and Doris Matsui, a California Democrat, to provide grants and incentives to semiconductor companies to build fabrication facilities, or “fabs,” in the US. That measure was combined with provisions from the Science Committee, along with several other measures.

Still, McCarthy and other Republicans opposed the legislation, with some criticizing it for not being tough enough on China. Representative Jim Banks of Indiana, the chairman of the Republican Study Committee, called it a “fake China bill” in a tweet. McCarthy, in a speech on the House floor Thursday, called the subsidies for semiconductor manufacturing “corporate welfare.”