What Will DoD Do About Open Source Drones?

David Benowitz is the Head of Research at Drone Analyst, an independent research and consultancy firm focused solely on the drone ecosystem.

“What I really wanted to speak about and share with the audience is the open source drone ecosystem, a community that I have been digging into over the past few weeks.

We just released a recent report about it, and what fascinates, I think a lot of people, most who just come into the industry is — we’re all familiar with DEI hardware and kind of this branded hardware that’s very proprietary — much of these open source flight controllers, like our pilot, actually predate the availability of kind of off-the-shelf consumer hardware and even the commercial viability of the whole market.

So it really fascinates me to see just how early that this is. And we’re really seeing the taking off of open source drones for a few different reasons. But the two are primarily that we have a lot of new drone hardware brands and various niches that need to get their products up in the air quickly, and there’s no cheaper, faster way.

And there’s no simpler way to do it than relying on open source flight control technology and building on top of what other people have done instead of building it from scratch yourself. 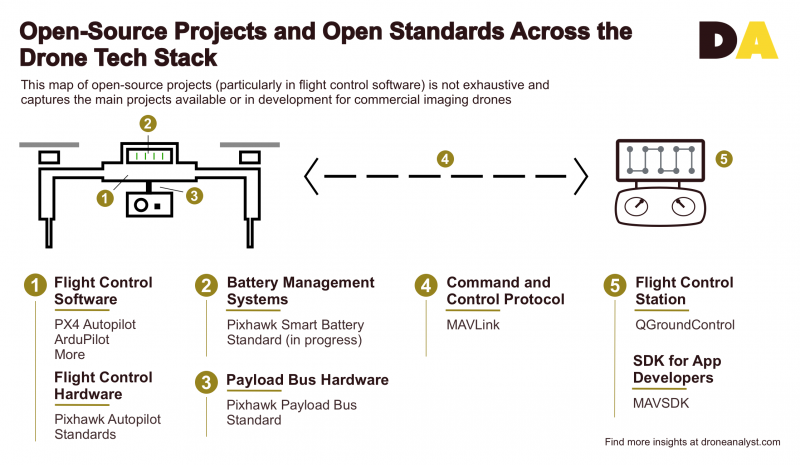 As we move forward into the future, we’ll definitely see a lot more of the drone platform-style drone. I think it’s something for everyone out there to watch. If you’re an enterprise using drones, if you’re a player in the industry, really start looking more at open source technology, seeing if there’s something that you can leverage, something you can build on, and recognizing that this platform is something that people will be more and more looking towards using.”