Cirque du Soleil Entertainment Group, which emerged from court protection with new owners last year, will reopen four shows in the coming months, including two in Las Vegas this summer, in a sign of optimism as vaccination progresses.

The Montreal-based company, which was forced to close all its venues due to Covid-19, will first launch at Vegas hotels with “Mystere” starting on June 28, followed by “O” on July 1, the company said in a statement Wednesday. Touring will resume with a show in Punta Cana, Dominican Republic, in November. London’s Royal Albert Hall will host a fourth one in January 2022.

Two shows, in China and Mexico, had already resumed. But the return to Vegas is key for the company.

“This is the moment we have all been waiting for” after an almost 400-day hiatus, Chief Executive Officer Daniel Lamarre said in a statement.

In a November interview, Lamarre said vaccine distribution on a large scale would be required for people to feel comfortable returning to Cirque’s live venues. The U.S. has been making strides in its vaccination campaign, with 40% of its population having received at least one dose, according to the Bloomberg Vaccine Tracker.

He’d predicted operations would start first in Vegas, where it has signed extensions for five of its shows. Blue Man Group, which Cirque bought in 2017, will also relaunch there on June 24, the company said.

One Pediatrics serves patients in Louisville, Kentucky, and surrounding counties. With multiple practices serving the children and parents of Kentucky, new Relatient programs have helped them Read more 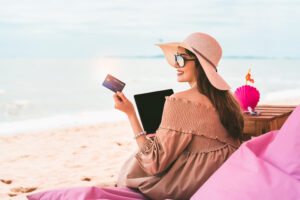