The Most Memorable Notes in Martin Guitar’s History 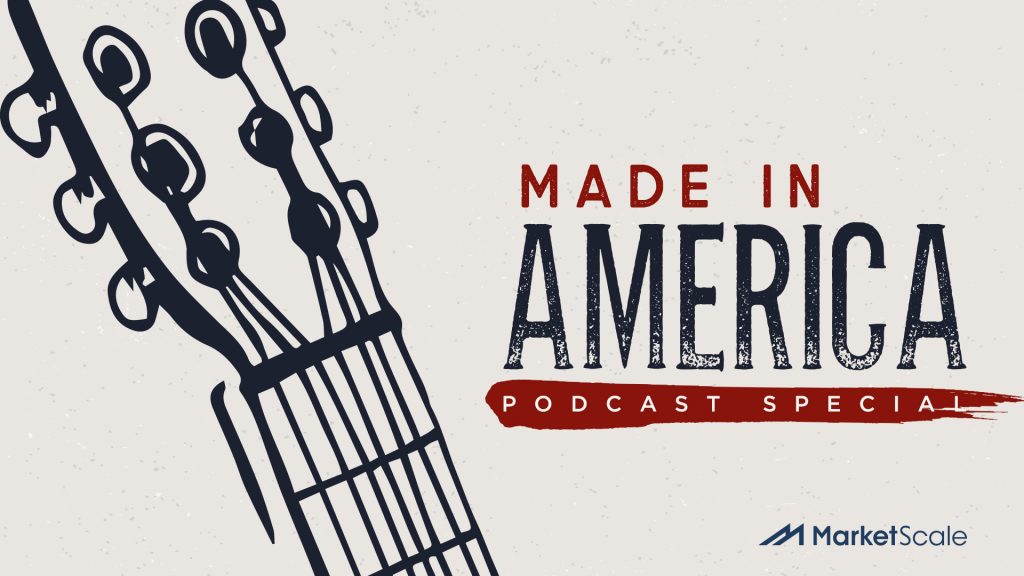 Ever since the founder of the guitar company that bears his name moved from Europe to the Lehigh Valley in 1839, C.F. Martin and the town of Nazareth, Pennsylvania have been connected.

Generations later, the company is still crafting guitars in eastern Pennsylvania, not far from its original factory.

In the company’s museum, Made in America host Tyler Kern walked with current company CEO Chris Martin IV through Martin Guitar’s history to learn about where it’s been and where it’s going.

“The advantage we’ve always had, is if you’re a musician and you’re making a living playing music, playing the guitar, the Martin guitar was a reliable tool,” Martin IV said. “It was the Craftsman wrench of guitars.”

While Martin products are held in high regard in music circles, it has not been a 180-year honeymoon for the company. Each generation of owner has had to overcome new competition and musical trends, which required the company to adjust its offerings.

For example, the needs of country musicians were specific from the material of the strings to the makeup of the neck, forcing the company to cater to the needs of the most popular music of a generation.

“The instrument and the music evolved simultaneously,” Martin IV said.

The ebbs and flows of this longtime family business are closely tied to the leadership of each generation.

Martin IV’s father, and predecessor as CEO, experienced the highs and lows firsthand. He made acquisitions of several companies, one a successful string provider named Darco String Company, but another that did not result in much gain for Martin. The latter was a Swedish guitar maker that was purchased at an unfortunate time in the arc of musical taste.

“About the same time the demand for acoustic guitars dropped off precipitously,” Martin IV recollected.

While Martin was able to innovate around previous shifts in musical style and preferences, the 1980s posed an especially daunting challenge.

“Once again the market moved away from us. And not just us. If you were making guitars, particularly acoustic guitars, the ‘80s were a very difficult time. Very difficult,” Martin IV said.

Where there were once six strings and a fretboard, spandex had taken its place. While dancing with a guitar was a trademark of Elvis, Michael Jackson’s moonwalk wasn’t done with a guitar slung over his shoulder.

Shortly after this nadir, Martin IV was named as company CEO and pledged to recommit the business to its high standards. However, he was aided by some fortuitous timing.

“We picked up our game, and then MTV Unplugged happens. Thank God,” he said.

The show emphasized the intricacies and skills needed to play acoustic guitar, piquing interest en masse across the United States as well as cementing the place of Nirvana into the greater pop culture consciousness.

Martin IV also invested in new technology that received some skepticism from the company’s employees, but has led to growth without sacrificing quality.

Today, Martin continues to blend technology and the human touch to craft its signature products, and remains a major contributor to the music scene across the globe.

Even after each peak and valley, every Martin guitar’s journey still begins in Nazareth.

The economy is slowly opening back up as the country sees vaccinations increase while COVID-19 cases decrease. Consumers are reopening the door to Uber. In March 2021, Uber saw gross bookings hit an Read more

The idea for an Esports Stadium came a few years ago, when the City of Arlington, Texas, commissioned a study to examine the popularity of esports. “What we found is this industry is exploding,” said Deputy City Read more