On Monday, Singapore’s Competition Commission announced an in-depth assessment of the tie-up between ComfortDelGro and Uber. The agency wants both companies to submit additional information by March 5th, so it can assess whether the new relationship infringes on Singapore’s competition laws.

In December of 2017, ComfortDelGro proposed to acquire a 51 percent stake in Uber’s rental car business, Lion City Holdings, estimated to be worth $642 million[1]. The deal would mark ComfortDelGro’s largest to date and add another 14,000 vehicles to its rental fleet from Lion City Rentals. Under the new team-up, ComfortDelGro’s taxis and Lion City Rentals’ private-hire cars will be dispatched using a centralized fleet management system.

After completing an initial review, The Competition Commission of Singapore issued a statement earlier this week about their findings. “CCS is unable to conclusively determine that competition issues will not arise,” they said. [2]

Justin Hochberg, CEO and Co-Founder of Virtual Brand Group, sums up his company’s mission in one easy sentence, “We put you in the Metaverse.” Hochberg joined Christine Russo to explain how Virtual Brand Read more 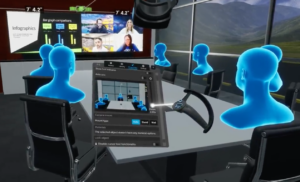 June is Pride Month, making it the perfect time to catch up with the state of the LGBTQ community in the trucking industry. People on the Move’s Tyler Kern caught up with Shelle Lichti, the Founder and Executive Read more