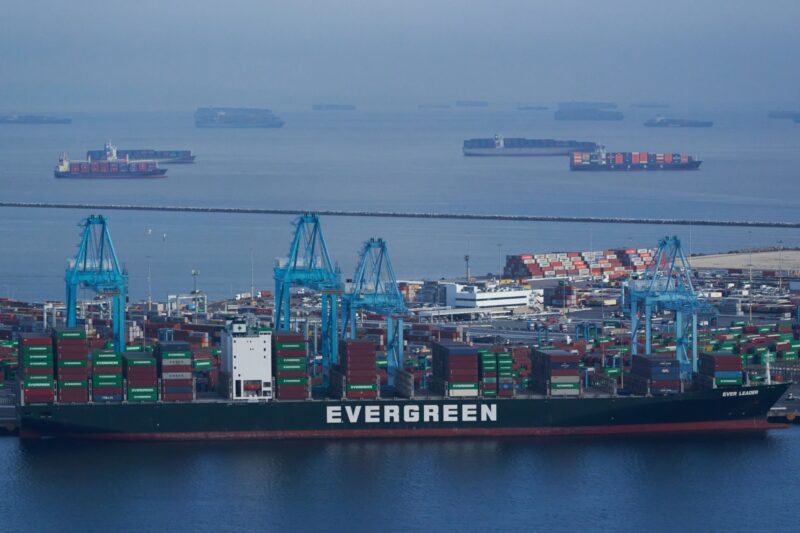 (Bloomberg) — The number of container ships headed for the California ports of Los Angeles and Long Beach — a traffic jam that once symbolized American consumer vigor during the pandemic — declined to the lowest level since the bottleneck started to build two years ago.

Eight vessels were in the official queue as of late Monday, according to data from the Marine Exchange of Southern California & Vessel Traffic Service Los Angeles and Long Beach. That’s an all-time low, officials said in a statement, down from a record of 109 set in January and about 40 lined up a year ago. 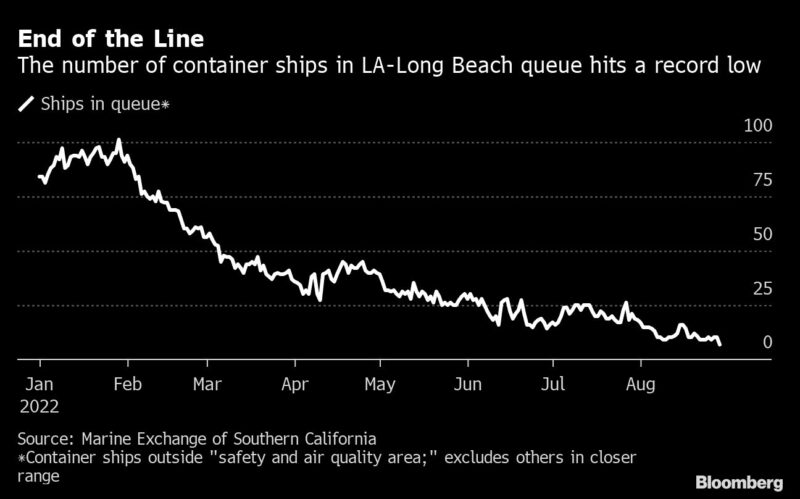 LA-Long Beach’s bottleneck became one of the most enduring images of the supply-and-demand imbalances triggered by Covid-19 lockdowns. The backlog forced ships to wait two weeks or more, contributing to record-high ocean freight rates that helped ignite inflation now afflicting economies from the US to Europe.

Though officials changed the way inbound ships queued in November 2021 — having them slow-steam across the Pacific rather than bunching them at anchor near the ports — the dwindling count reflects a slowdown in consumer demand, ample inventories built up by American companies, and ships rerouting through Gulf of Mexico and East Coast ports.

According to the most recent count from Hapag-Lloyd AG, Germany’s biggest container carrier, a total of about 75 ships were anchored outside the ports of New York, Houston, and Savannah, Georgia.

The company also said dwell times for Port of Los Angeles import cargo has declined to 4.2 days from a peak of 11 days.

That improved flow marks a turnaround from a year ago, when East Coast ports with excess cargo-handling capacity invited shipping lines to divert around Southern California to their less-congested gateways.