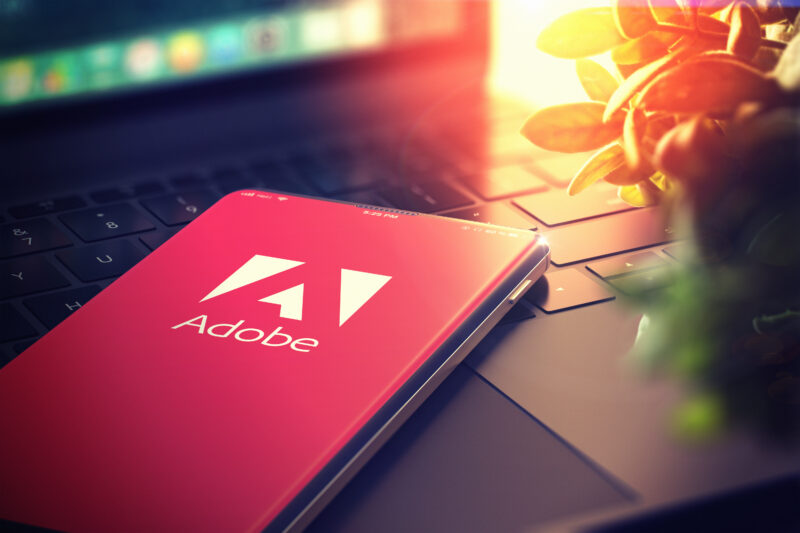 (Bloomberg) — Adobe Inc. agreed to buy software design startup Figma Inc. in a deal valued at about $20 billion to help it expand tools for creative professionals.

The deal announced by Adobe, which is a mix of half cash and half stock, confirms an earlier Bloomberg report and would mark the biggest ever takeover of a private software company, according to data compiled by Bloomberg. Adobe shares fell 13% as the market opened in New York, the biggest decline in more than two years.

Figma, which allows customers to collaborate on software as they build it, saw demand jump during the pandemic while more people worked remotely. The company expanded its customer base in recent years from software designers at big companies like Airbnb Inc., Google, Herman Miller and Kimberly-Clark Corp. — to also include individuals building lightweight games, maps and presentations. It has also attracted a loyal student following.

The combination benefits “literally anybody who is a knowledge worker,” said Adobe Chief Executive Officer Shantanu Narayen, in an interview.

Adobe, which had been a Wall Street favorite for more than a decade, has been pummeled in the tech downturn, seeing its shares lose more than a third of their value since the start of the year. Investors have become increasingly skeptical about the dominance of Adobe’s line of software for design professionals, which makes up about 60% of its revenue. The company has targeted more accessible web-based offerings such as Photoshop Express to sell its creative software to consumers, small businesses, and social media influencers. The initiative ran into friction from upstarts including Figma, Lightricks Ltd. and Canva Inc.

San Francisco-based Figma was co-founded about a decade ago by Dylan Field and Evan Wallace. The startup introduced browser-based software design tools that allow software designers to work together in real-time, bypassing the sometimes clumsy process of saving and sending their work to collaborators using a collection of disparate apps. The company was valued at $10 billion in its last funding round a year ago. Figma’s backers include venture capital firms Kleiner Perkins, Index Ventures and Greylock Partners.

“We’re confident that if you look at this in the long run, it’s going to be a big value for their shareholders and our shareholders as well,” Narayen said. The transaction is expected to close in 2023, pending regulatory and other approvals, Adobe said. After closing, Field will continue to lead the Figma team, reporting to David Wadhwani, president of Adobe’s digital media business. Figma will continue to exist as a standalone product.

Adobe also announced third-quarter results, with revenue jumping 13% to $4.43 billion. That was in line with analysts’ estimates but marked the third consecutive quarter of growth of less than 15%, as Adobe has been buffeted by economic uncertainty and by the strong dollar overseas. Adjusted earnings per share were $3.40, better than Wall Street expected.

Figma will have a total addressable market of $16.5 billion by 2025, according to the statement. The company is expected to add about $200 million in net new annual recurring revenue this year, surpassing $400 million in total annual recurring revenue by the end of 2022, with a net dollar retention of greater than 150%, Adobe said in an investor presentation. Figma has gross margins of about 90%, and about 850 employees, Adobe said. The transaction is expected to be accretive to Adobe’s adjusted earnings per share at the end of the third year.

According to terms of the deal, about 6 million additional restricted stock units will be granted to Figma’s CEO and employees that will vest over four years after closing. Adobe expects the cash consideration to be financed through cash on hand and, if necessary, a term loan.

Qatalyst Partners advised Figma along with the law firm Fenwick & West while Allen & Co. was Adobe’s adviser along with Wachtell, Lipton, Rosen & Katz.

The deal includes a termination fee of $1 billion in cash.