Norman Foster is the founder and executive chairman of Foster + Partners, a global studio for architecture, urbanism and design, rooted in sustainability. Watch below as Foster speaks on how architects need to evolve to make sure that they are putting green at the very core of their buildings and designs.

Foster: Buildings are important, obviously, but it’s not just buildings and a holistic approach is the infrastructure, it’s the transport between the buildings. Think of the infrastructure as the urban glue which binds the buildings together, the highways, the bridges, the ports, the boulevards, the piazzas, the bigger picture. That is really the identity of the city beyond the architecture of an individual building.

If you think holistically, then you have to break down the barriers between different disciplines and responsibilities. Think of those who take care of the energy in a system in a city and those who take care of the waste, if you’re thinking holistically, should be converting the waste into energy and in a move towards a more circular economy. Has building sustainably ever been a burden? I would argue to the contrary that architecture is really very much about constraints and turning constraints to advantage. And in that sense, I’d say that it was an incentive. It was a stimulant. It was it was inspirational.

About 12 years ago, you were talking about sustainability and buildings and you said that the world would need to get to almost absolute desperation before everyone got their act together. And then you said the question then would be if we had run out of time 12 years on, do you think the world has become more aware? Are we awake now to the real challenges of climate change? I think you have to be an optimist and obviously time is running out. But I think that there are positive signs.

I mean, the fact that, for example, we have John Kerry in the American administration who’s a passionate advocate for sustainability and moves against climate change, it’s really a collective will to address that with the realization that we could not only in the process of addressing that, raise the standard of living for one in seven at the moment who don’t have access to electrical power, clean water, modern sanitation. And if bold measures are not taken, that will be by 2050, one in 3 of humanity. So there is a moral imperative to provide more energy, more power and abundance of power.

Be Enabled: The Future of the Office—Winning Large Projects as an Unaligned Dealer 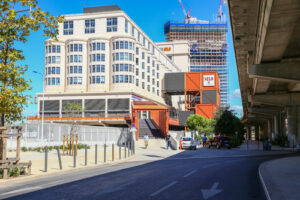 Adaptive Reuse is Gaining Momentum to Tackle the Housing Crisis

With the housing market booming and driving up home prices in the US, “adaptive reuse,” or the buying up of large commercial spaces to convert into affordable housing, is gaining momentum. Read more 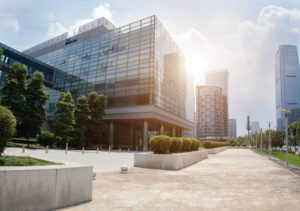 Commentary: Architects plan for the future with every design, and right now they are in a precarious spot. Will clients want designs that utilize smaller foot prints or is that an over Read more