The Importance of Strategic Brand Collaborators and Opportunities for Future Generations

The duo talked about strategic brand collaborations and why they’re essential. First, though, they dug into Edwards’ career. He worked in the footwear industry for 32 years before walking away in 2010 to teach at a school that didn’t exist.

“I had several people be like, ‘You’re going to leave [being] the Design Director of Jordan to teach?,'” Edwards said.

He founded PENSOLE. The idea came from his 17-year-old self. When he grew up wanting to be a shoe designer, there weren’t any resources or educational opportunities out there.

“I was the crazy kid who wanted to draw sneakers and play ball,” Edwards said. He dreamt of drawing sneakers all through school, but he couldn’t find a college offering a program that specialized in the industry.

Then, the internet and social media showed up. This led to kids sending him emails and messages with designs, but he couldn’t look at them because Nike didn’t want a coincidence happening with a similar sneaker design. At this point, he realized that there were kids out there who wanted to be in the same career field as him.

He started a competition called Future Sole, where kids sent in their design ideas. Over a few years, the entrants jumped to over 800,000. He was taking his 10-year sabbatical at the time, so he thought it would be an excellent time to test the idea of a design academy.

Listen to learn more about Edwards’ career and his path to PENSOLE Academy.

Celebrating stories of love in beautiful locations sounds like a dream job, and it is for Karen Bussen, the exclusive designer for Weddings by Palladium. Bussen joined Say Yes to Travel host Read more

What to Keep in Mind as the Holidays Approach 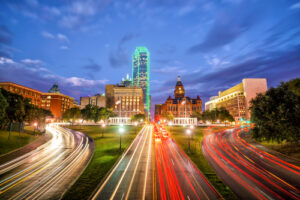 It's hard to imagine too many companies looking back on the last 18 months and claiming it to be a successful era of growth and confidence. And yet, for SMU's Dallas 100, resilience, ingenuity, Read more 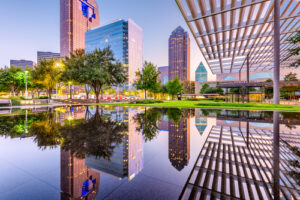 Making the List: What it Means to One Company to be in the Dallas 100™

Ironside Human Services achieved the honor of making the Dallas 100 Entrepreneur Awards. The company is a national recruiting firm for healthcare professionals. They offer temporary and permanent Read more