With the number of coronavirus cases worldwide approaching 80,000 (most of them in China) with 35 cases already reported in the U.S., and a death toll that now tops 2,600, both American and international companies are apprehensive over the likely economic impacts, warning that reduced flows into and out of the world’s second-largest economy will have a tangible effect on business and product availability throughout the world.

Today, there remains huge uncertainty about how widely the virus will spread and how much damage it will do. But in America, where the S&P 500 hit a new high last Wednesday, this week, after reports of people infected with the virus in the major economies of South Korea and Italy, the S&P dropped more than 7 percent. Further, on Tuesday, yields on 10-year United States Treasury bonds fell to their lowest levels on record, suggesting investors expect significant economic damage and accompanying Federal Reserve interest-rate cuts.

Taking a growing toll on the U.S. economy, Mark Zandi, Chief Economist of Moody’s Analytics, estimates the outbreak will reduce growth during the first three months of 2020 by six-tenths of a percentage point to 1.3%, chiefly through reduced travel and tourism and manufacturers who will likely export less to Asia and Europe as demand there slackens.

In this Business Casual segment, Daniel Litwin and Taylor Bagley take on the coronavirus issue, and examine the current economic impacts as well as the potential consequences should the virus spread further and make significant landfall here on our country’s shores.

“What we really need to work on now is getting accurate information, the right information about how many people have been affected by this, how we can actually contain this,” Bagley stated.

“We need to prepare for the reality that if it does hit the United States in a more aggressive way, that we’re really going to be testing our mobile workforce honestly. People are going to be working from home, schools are going to be canceled—what does that look like,” Litwin said. “So, day-to-day could change a lot and that would impact our economy substantially.”

For more Business Casual, listen live on MarketScale Radio on Wednesdays and Fridays at 9 AM CT, and follow us on Twitter at @BizCasualRadio. 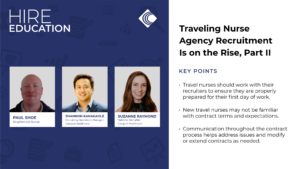 In this new episode of I Don’t Care, host Kevin Stevenson sits down with Mike Telem, the Co-Founder of Kemtai, a groundbreaking computer vision platform, to discuss their unique approach to Read more