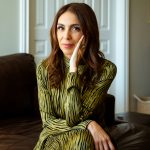 How exactly are companies like Stylitics entering the fashion field and helping to expand fashion customization and personalization in today’s world?

Fashion is part of who we are—it is a silent form of self-identity for an individual that portrays beliefs, preferences, religion, occupation, social class, and so much more. And fashion is ever evolving; trends and preferences are constantly changing, and technology such as AI and ML are becoming integrated in this field.

On today’s episode of Retail Refined, host Melissa Gonzalez speaks with Rohan Deuskar, founder & CEO of Stylitics, to discuss how Stylitics is revolutionizing fashion customization and partnering with retailers to transform the way consumers can attain their fashion preferences. Deuskar said the fashion industry is experiencing an uptick in higher-end purchases. “We’re seeing a shift from people buying just a lot of stuff to really actually being able to pay up for something that is a special item…this idea of value and versatility is so central to the enlightened shopper.”

Style inspiration is the result of creative research in the design process. Stylitics aims to take out the hard and expensive parts of style inspiration for retailers and shoppers.

● Important onboarding processes for retailers who wish to partner with Stylitics

● Market trends in style inspiration and fashion investment amongst shoppers

Rohan Deuskar is Founder & CEO of Stylitics, the world’s largest producer of original fashion content. He was selected by the New York City’s Economic Development Corporation and 92Y as a 2014 Fashion Fellow. Deuskar earned an MBA from the Wharton School and holds a BA in Economics from Northwestern University.

Deuskar provided an overview of how Stylitics works. “The retailer will say, ‘Here’s a fee, give us your code Stylitics.’ We’ll put it on our site and everything else in between is handled by us. So, about 8 weeks is our average, sometimes shorter, sometimes it’s a bit longer. They’re able to go from maybe 30 to 50 inspirational images on their site to typically five, ten, fifteen thousand. We learn as the shopper is browsing what to show them.” 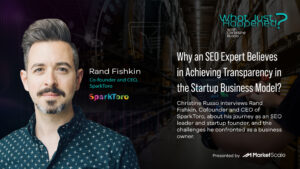 With the successes of businesses and companies like Facebook, Apple, and Uber, startups are more common than ever, as many niche markets with a startup business model have proven to be lucrative. But starting a new business idea and finding success within it doesn’t happen overnight. In fact, failure is more likely because getting […]