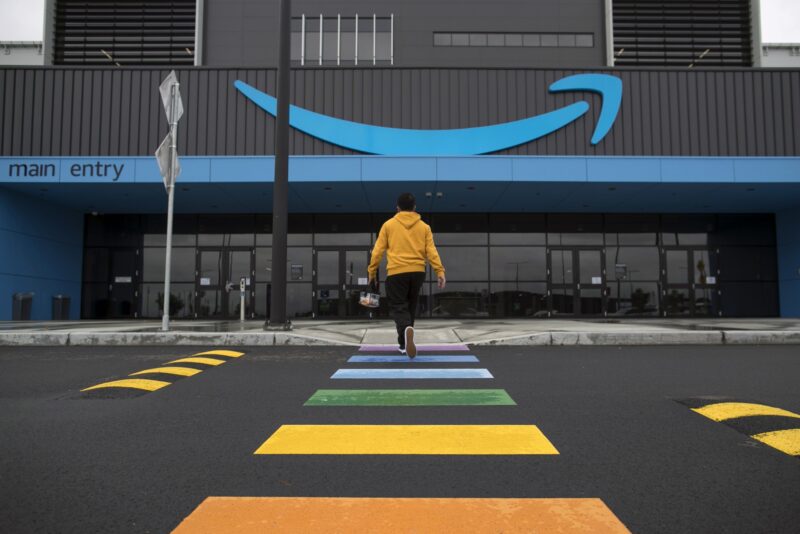 (Bloomberg) — Amazon.com Inc. shares are back in a familiar role of outperforming after an ugly first half of 2022, even as investors brace for a slowdown in growth at the e-commerce and cloud computing giant.

Amazon is the best-performing stock among its megacap peers since the Nasdaq 100 Index bottomed nearly three months ago, in part because it’s shown the market that it’s taking steps to curb expenses. Amazon has gained 30% since June 16, compared with a gain of 14% for the tech-heavy benchmark and a paltry 9% for Microsoft Corp. and 5% for Alphabet Inc. Only Apple Inc. comes close with a 23% advance.

It’s an about face for Amazon, whose shares were battered earlier this year amid slowing revenue growth, soaring costs and a jump in interest rates despite being one of the most loved stocks on Wall Street. The Seattle-based company’s shares are among the best performing in the past two decades with a gain of more than 16,000%.

To David Wagner, a portfolio manager with Aptus Capital Advisors, the recent rally in the stock is the result of Amazon’s focus on taming expenses, improving profitability and returning capital to shareholders through a $10 billion share-buyback plan announced in March.

“The stock does well when Amazon is harvesting and not when it’s investing, and they’re definitely in the harvesting mode right now,” said Wagner, whose firm owns Amazon shares.

The total workforce at Amazon shrank by about 100,000 in the second quarter and the company is cutting back on warehouse space as Chief Executive Officer Andy Jassy unwinds a pandemic-era expansion amid slowing growth. Fulfillment expenses rose less than analysts projected last quarter.

One area where Amazon is still willing to spend: Acquisitions. Over the past couple of months it agreed to buy software company 1Life Healthcare Inc. for $3.49 billion and iRobot Corp., maker of the Roomba vacuum, for $1.65 billion. Analysts generally have applauded the deals, seeing them as a sign that the company is seeking new avenues of growth.

Of course, owning Amazon still comes at a steep price even though the stock has gotten cheaper this year. The stock sells for 48 times earnings projected over the next 12 months. The Nasdaq 100, by contrast, has an average multiple of about half that.

With Amazon’s revenue projected to expand at the slowest pace in at least a decade this year, some investors like Kim Forrest, founder and chief investment officer at Bokeh Capital Partners, see few reasons to pay up for the stock.

“If you buy Amazon here what you’re betting on is that it’s going to be the only place we shop in 10 years and it’s just not true.”

Despite the recent gains, Amazon shares are still down about 19% this year. Yet it remains one of the most popular stocks on Wall Street with all but two of the 60 analysts who cover the company recommending investors buy it, according to data compiled by Bloomberg. Apple, by comparison, has fewer than three-fourths of analysts recommending its shares.