Film Studios Can Run Their Own Movie Theaters. Now What?

A New York federal judge has officially granted a motion by the U.S. Department of Justice to end the Paramount Consent Decrees, an existing regulation preventing film studios from owning their own cinemas in the interest of preventing a movie-industry monopoly.
To discuss the potential fallout of this decision, host Daniel Litwin was joined by Dr. J.D. Connor, an associate professor of cinematic arts at the University of Southern California and previous guest on MarketScale’s Ratified.

The duo tackled the immediate impact of the reversal, which was made in light of the expansive nature of the movie industry today and a perceived likelihood that vertical integration or collusion to an extent that would be harmful to the industry wouldn’t occur.
Connor and Litwin also highlighted a potential return to block-booking, or the practice of forcing films to be bundled together under one theater license, the impact that giants like Amazon and Disney could have should they choose to go toe-to-toe with legacy theaters like AMC and Cinemark, and more. 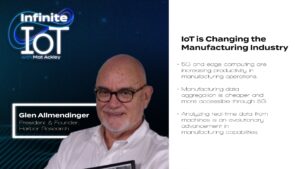 The rise in popularity of Esports took off during the pandemic, when more people stayed inside and sought other forms of entertainment. Senior Principal and Esports Director for the Americas with Read more