by Thomas Riley on Feb 7, 2018
Share this post
For years, Dubai Airports has operated one of the largest ground fleets in Dubai. In February 2018, the company signed a pledge to turn that massive fleet of vehicles eco-friendly. Representatives from the local air travel industry have signed the pledge, which promises the company will only purchase “green” vehicles from now on. Notable signees include the following:
This commitment to green technology in the ground fleet furthers the organization’s goal to reduce their carbon footprint and make travel eco-friendlier.
The New Vehicles
Dubai Airports operates over 300 vehicles at DXB airport. By 2023, each of these vehicles will run on green technology. Furthermore, as Dubai Airports expands its fleet, it will only purchase cars powered by renewable energy.
“Our goal is to get greener faster,” explained Michael Ibbitson, Executive Vice-President of Infrastructure and Technology of Dubai Airports.
There are currently green vehicles at DXB such as BMW hybrid limousines, taxis made by Tesla, and a few others. However, this new pledge will expand efforts to go green and could usher new types of green vehicles to DXB.
The Impact
Why is Dubai Airports going through all this trouble? Sheikh Ahmed reported that the organization would reduce its total energy consumption and make a more significant impact on the whole industry.
“This commitment is fully aligned with the Dubai government’s aggressive goals to reduce energy consumption by 30 percent by 2030 as well as our sector’s strategy to limit our environmental footprint,” Sheikh Ahmed said.
The Bigger Picture
This pledge is part of a broader movement within Dubai Airports and the larger Dubai travel industry. Previously, the organization partnered with the Dubai Electricity and Water Authority to build a solar power grid.
In the country, hybrid and electric vehicles are on track to make up about two percent of the total market by 2020. However, experts expect that number to reach a whopping 10 percent within a decade. This push toward green alternatives may help the nation reduce total fossil fuel consumption by five percent in 2030.
With its pledge of environmental sustainability, Dubai Airports has positioned itself as a leader in Dubai’s green movement. With a fully eco-friendly fleet, the organization can reduce its carbon footprint and contribute to the country’s efforts to go green. Learn more about Dubai Airports here. 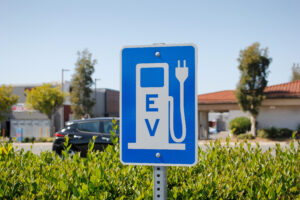