The Four Barriers Putting the Brakes on Autonomous Vehicles 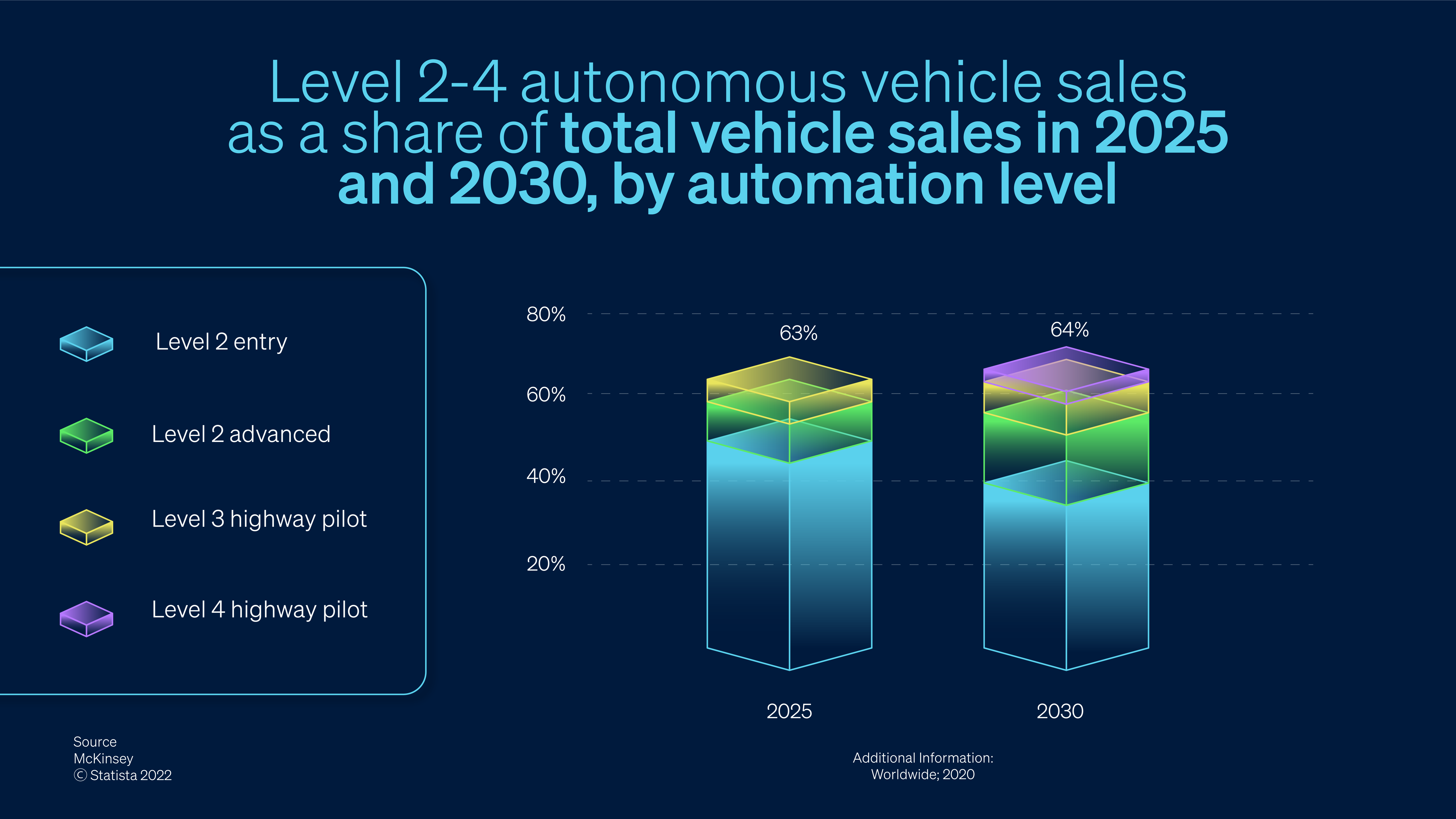 While Tesla currently leads the race in creating autonomous vehicles with over a decade of innovation, they are not the first to envision a future dominated by autonomous vehicles. In the 1500s, Leonardo da Vinci created a cart that could move along a pre-determined path without human assistance long before cars were invented.

Since then, numerous individuals and companies have worked to create self-driving cars of various autonomy levels. In 1939, General Motors debuted the 1st true autonomous car model at the U.S. World’s Fair. “This model turned into a reality in 1958. The car contained sensors that could detect the current flowing through a wire embedded in the road. The current could be manipulated to move the steering wheel left or right,” (Tomorrow’s World Today).

Despite the long history of innovation, it wasn’t until 2020 that autonomous vehicles began to take the world by storm with Tesla models becoming a common sight on the roads. And they continue to grow with customers and employees testing the science and capabilities daily. However, the technology is not being embraced by the public in the manner that was anticipated, and it no longer appears that autonomous vehicles will be taking over the roads any time soon.

Understanding the Five Stages of Autonomy

Here is how the Society of Automotive Engineers (SAE) Automation Levels and Taxonomy defines the Five Stages of Autonomy:

Although full automation seems unlikely to be the norm anytime soon, most people are familiar with various levels of automation. Vehicles today have many driving assist features putting the vast majority in category 1 although there are certainly some on the road that would still qualify as category 0.

To put this in perspective, the current Tesla models on the road fall into Category 2, only a level above what most people currently drive. This might surprise some readers as many people are under the impression that Tesla’s are fully automated. But what exactly does this mean? Level5Design provides a great definition for what it means to be behind the wheel of a Level 2 autonomous vehicle:

“Level 2: Partial Automation (“hands off”) – An advanced driver assistance system (ADAS) on the vehicle can itself actually control both steering and braking/accelerating simultaneously under some circumstances.  The human driver must continue to pay full attention (“monitor the driving environment”) at all times and perform the rest of the driving task.”

In essence, current self-driving vehicles require drivers to be in an alert state ready to take over at any time for the safety of themselves and others. One could posit that this is quite a lot to ask of someone simply sitting in the driver’s seat with no active engagement in a vehicle’s operation.

In a recent interview, he discussed the four main barriers to fully autonomous vehicles becoming mainstream. Each one highlights challenges that the automotive industry will need to overcome to realize a future where self-driving vehicles are the norm.

There are a variety of technical issues that make full automation difficult. Every bit of tech utilized must operate at an extremely high level of accuracy. For example, multiple sensors and cameras must be able to “see” and interpret environments for a vehicle to promptly and accurately adapt to its surroundings (Autocrypt).

Klaedtke spoke to the technological challenges presented by noting scenarios such as “in cities when kids are playing in the streets, bicycles, pedestrians crossing the streets, and mixed traffic means as well… that are hard to be trained for in artificial intelligence. The technical barriers in mixed traffic are hard to overcome.”

What happens when an autonomous vehicle gets in an accident? Who is to blame? The driver? The vehicle’s manufacturer? This is a complicated and very real concern for everyone. “If the car was on autopilot and essentially ‘driverless’ at the time of a crash, the driver may not have been negligent. Instead, the cause of the crash may have been a defect in the vehicle” (Byrd Davis Alden & Henrichson, LLP). 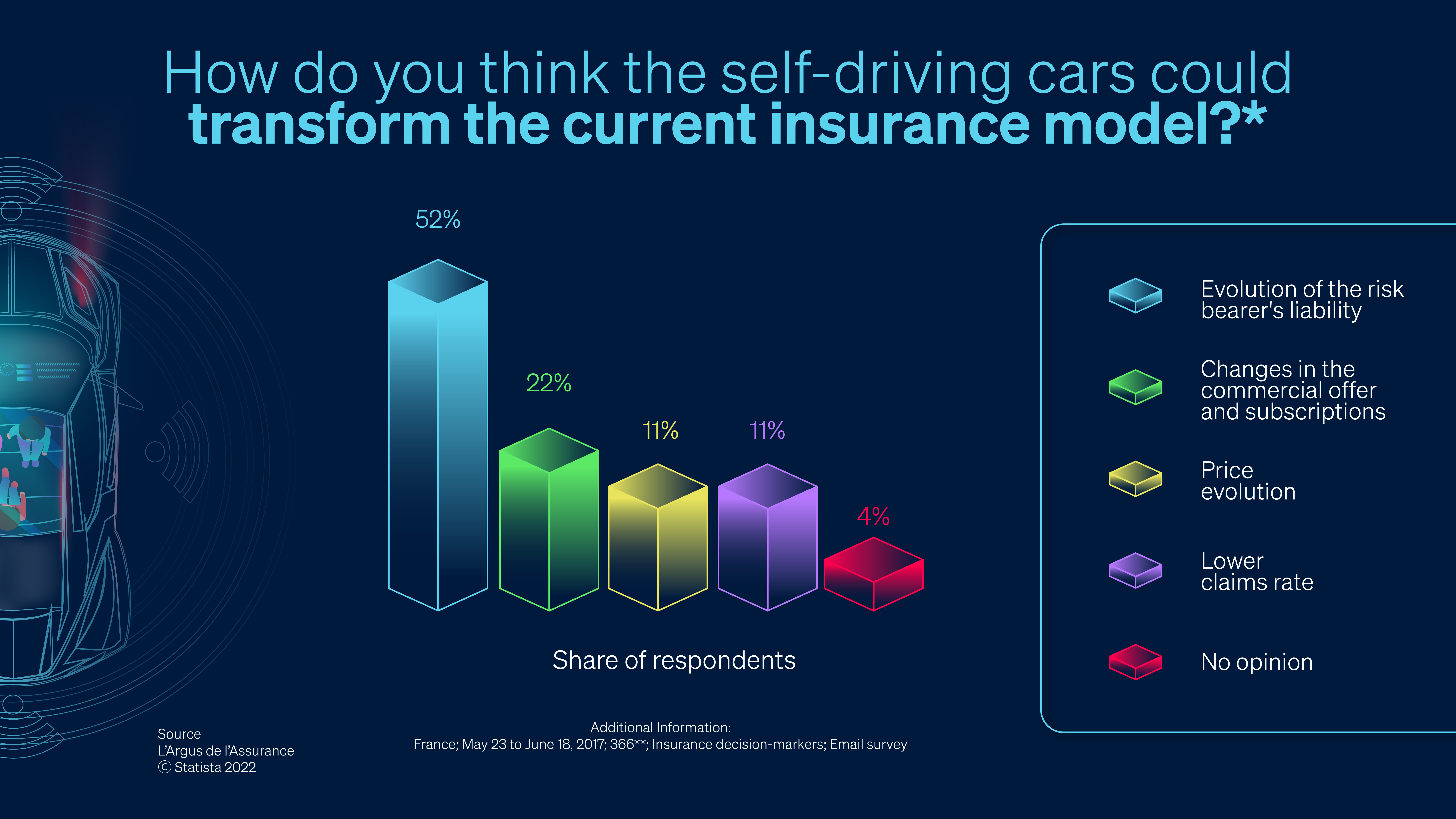 Taking this to the next level, Klaedtke speaks to the challenges faced “when we go from level 2 to level 3. The liability is with the carmaker and that is a hard thing to have.” He then posited the question, “so, if you are in unsafe situations in different weather conditions, then who of the carmakers takes over the liability for any accident?” Defining who would be responsible as well as the amount of liability is certainly a question that will be extremely difficult to answer.

This question is massive.  Is society truly ready to give up driving and accept self-driving vehicles? Klaedtke believes “about 60% of the people do not trust autonomous driving.” 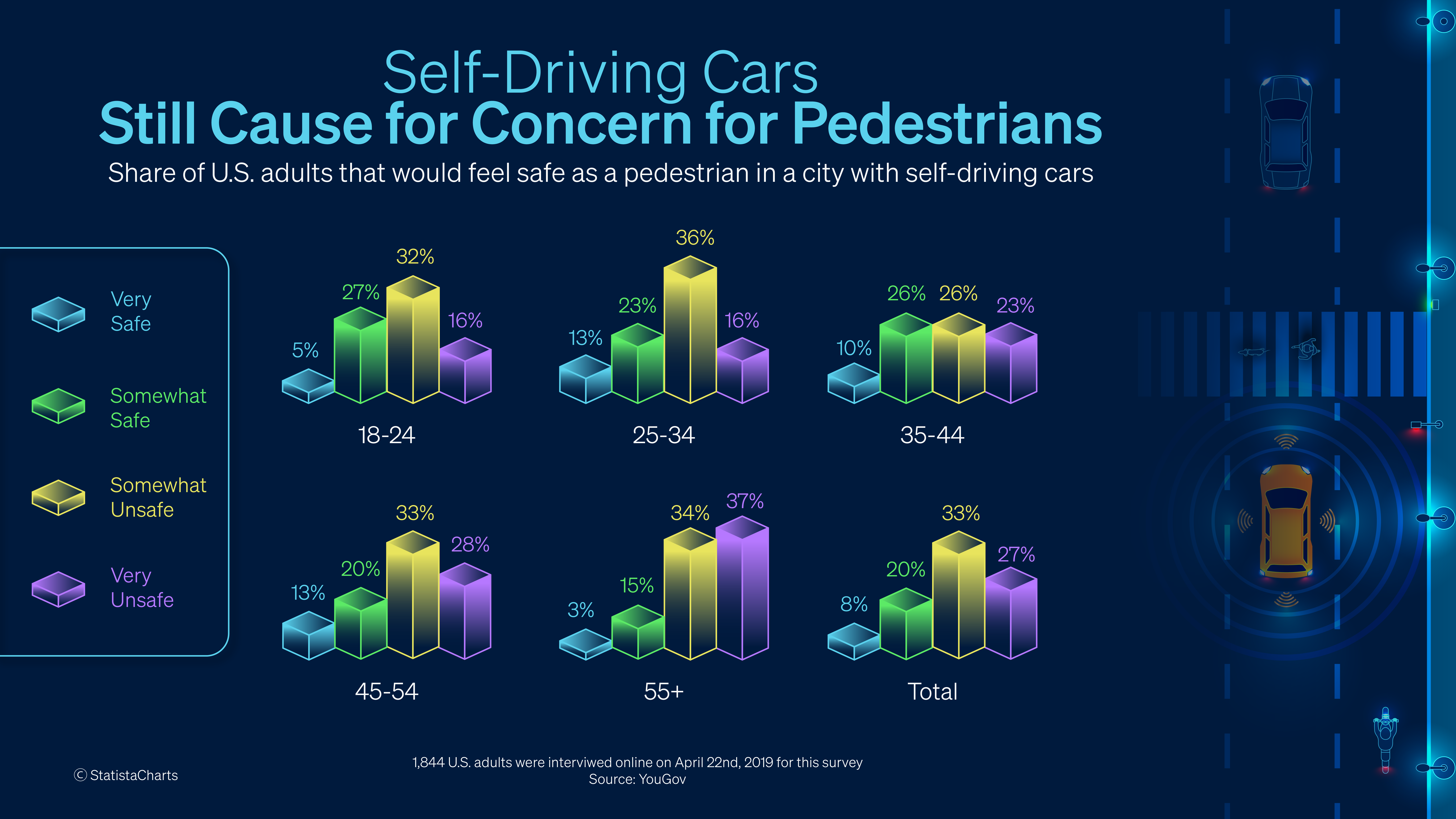 This falls in line with a 2020 poll by PAVE (Partners for Automated Vehicle Education) which provides insight into the current thinking of Americans:

“The last barrier, I think, not to be neglected is cost,” continued Klaedtke. “People are not ready for a passenger car for enjoying, for relaxing to pay a huge extra. And, if you go to higher levels of autonomy, we talk about higher computing requirements… and that is not free of charge.”

The cost of Tesla’s cars is a great example of how much an autonomous vehicle costs. The company’s fully self-driving technology “can be added to any new model for a flat fee of $10,000, or owners can test out the technology through a monthly subscription. Those with Basic Autopilot can subscribe to Full Self-Driving for $199 per month, while owners of Enhanced Autopilot-equipped Tesla models can subscribe for $99 per month,” (Cars.com).

The reality – despite the great strides in technology over recent years, autonomous vehicles are a long way from becoming a standard fixture in the United States, or anywhere else for that matter. In the meantime, industry experts note that addressing these four barriers will help move the needle, and patience will be key. The ultimate goal – to create a world in which there are zero vehicle fatalities and zero emissions. A worthy goal that will be a win-win for everyone.