Have We Seen the Last of the Major Standardized Tests?

The education world was thrown off guard last year when many colleges announced they would disregard standardized tests as a part of the admissions process. And that looks like decision could become permanent. Have we seen the last of the major standardized tests? Should school districts use this opportunity to improve their tests, rather than get students better equipped to handle the already-critiqued tests?

To get some perspective on this I spoke with Dr. Doris Zahner, the Chief Academic Officer of CAE.

The Impact Self-Reflection Has On Creating a Positive Environment

Education is about growth. Growth of skills, learning, and communicating. When Pete Hall, founder of educationhall.com was an educational leader, growth was his priority. The problem was, no Read more 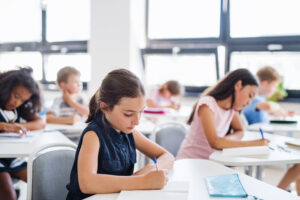 What Does it Mean to Have ‘Trauma-Informed’ and ‘Age-Appropriate’ Safety Drills?