After nearly three years of Covid isolation, one of the world’s largest economies has begun to reopen. As China re-emerges from intense lockdowns, new fear over global oil demand sparks economic woes. But will Chinese demand for fuel spill out into global markets?

Posting a 3% growth rate GDP for the 4th quarter, the Chinese economy continues to grow, but at a lesser rate than previously predicted for Q4. Despite the possibility of increased demand from China, global oil remains steady as of now. This may be, in part, due to their supplier – Russia.

The Russian invasion of Ukraine has curbed many nations from purchasing from the oil exporter. China’s purchase of crude oil from Russia means that those expected rising fuel costs might not hit the rest of the world. Tim Snyder, Chief Economist with Matador Economics provides his insight on the possibility of rising fuel prices.

“There’s a great deal of hype surrounding the Chinese reopening of the economy and the apparent slowdown of covid cases. However, earlier this week, the Chinese posted a 3.0 GDP for their fourth quarter of 2022, down from last year’s average of about 8.2%. If they’re going to create resurgent demand, they have a long way to go.

China’s reopening of their economy is feeling speculation that increased demand may just materialize in higher energy prices here in the United States and abroad. If higher demand materializes, it will rekindle inflation here in the US. With China reopening out of covid shutdowns, there is speculation that Chinese demand for energy products will reemerge across the globe.

But China is currently focusing its purchases of crude oil from Russia, begging the question, will the demand pull from China spill out from Russia and into the United States, reigniting fuel prices and inflation? This certainly is a possibility.” 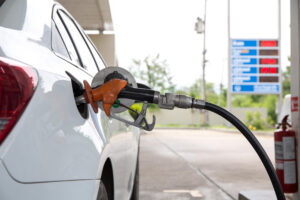 How Rising Prices will Impact the Economic Forecast for Spring 2023

Global economies are still reeling and the results of that have shown up the year-end reviews of how several markets have performed. Tim Snyder, Economist at Matador Economics, recently discussed a few of these notable changes and his predictions for this spring. His economic forecast: a lot of fluctuation. For example, the energy complex recently started […]