A measure of New York state manufacturing activity plummeted in January to the lowest level since the early months of the pandemic as new orders and shipments collapsed.

The Federal Reserve Bank of New York’s general business conditions index decreased nearly 22 points to minus 32.9 this month, data showed Tuesday. A reading below zero indicates contraction. The figure was more than twice as weak as the most pessimistic estimate in a Bloomberg survey of economists. 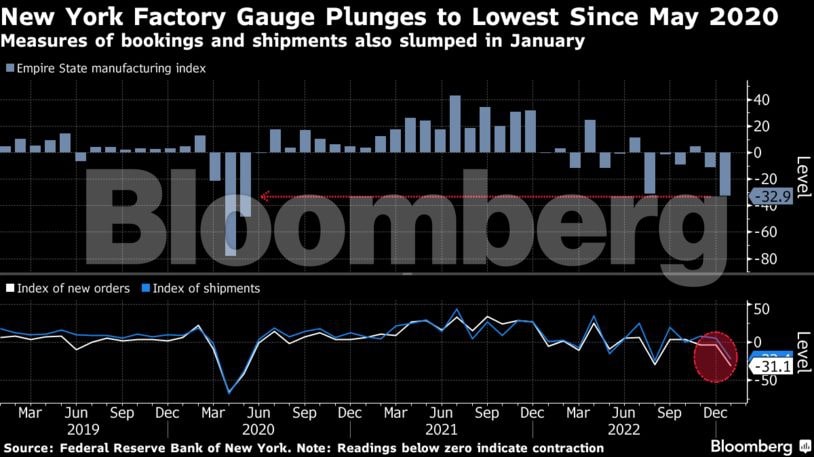 The gauge has shown contraction in five of the last six months, underscoring the depth of the pain to the manufacturing sector as the Fed hikes interest rates.

At the same time, the survey showed steep declines in the measures of prices paid and received by the state’s manufacturers, indicating further softening in inflationary pressures.

Factory employment fell to its weakest level in more than two years, indicating that hiring has essentially stalled. Moreover, an index of the employee workweek shrank to the lowest since August.

Despite the weakness in the current indexes, forward-looking indicators improved modestly.

Survey responses were collected Jan. 3-10. The report is the first of several regional Fed bank factory indexes set for release in the coming weeks.