In a win for U.S. consumers and grocers, the U.S. Department of Agriculture’s Food and Nutrition Service is seeking applications for a $5 million competitive grant to help expand the number of independent retailers and grocers accepting supplemental nutrition assistance program (SNAP) benefits for online shopping.

With approximately 41.5 million people participating in the SNAP program in 2021, a considerable 13% of the U.S. population, the USDA has been working to give those participants easy access to online grocery ordering services since the start of the pandemic. What’s become clear is that independent grocery chains need more focused support to help them harness the same omni-channel shopping experience that big chains have had in place for years. Proving to have been an effective addition to the revenue of big chains, many independent grocers are missing out on this sales opportunity.

Established in 2004, EBT has been a game-changer for modernizing federal welfare programs and both connecting more people to essential goods as well as connecting retailers to a wider demographic of consumers. How EBT cards interact with the retail ecosystem is simple enough and goes as follows: a SNAP participant purchases food using SNAP benefits on their EBT card, and when a participant shops at a SNAP-authorized retail store, their SNAP EBT account is debited to reimburse the store for food that was purchased. Essentially, it’s a government-funded debit card.

EBT cards worked effectively for retailers and consumers until pandemic lockdowns put the program and its recipients in a precarious situation; with shuttered brick and mortar retail, disadvantaged, rural and elderly segments of the population had significantly reduced access to food. To make matters worse, EBT cards weren’t accepted or integrated into major ecommerce infrastructures, a fact that the USDA had to grapple with quickly.

Amazon and Walmart already had ecommerce SNAP compatibility as early as April 2019. In the wake of pandemic shut downs, though, other select grocers across the country like H-E-B, Aldi, and Piggly Wiggly gained access to SNAP’s Online Purchasing Pilot, giving a new group of EBT consumers access to online ordering options.

However, this has proven less than holistic as underserved demographics, which often face food deserts and struggle to pay grocery delivery premiums from larger players, have fallen behind and remain unable to utilize online SNAP benefits at their local grocers. The proposed grant of $5 million seeks to provide community’s greater accessibility to fresh local foods, especially in an era of normalized online grocery shopping.

“This grant is really focused on expanding the use of online SNAP payments beyond the national chains to those independent grocery stores that are providing fresh local foods to the communities they serve,” said Nick Nickitas, Founder & CEO of Rosie.

Representing 21,500 plus stores and generating about $253 billion in annual sales, independent retailers are often located in secondary and tertiary markets and are closer to said disadvantaged, rural and elderly segments of the population. Addressing gaps in ecommerce service will help support not only a significant portion of SNAP recipients, but SNAP’s already existing brick and mortar grocery partners

“The traditional grocery store experience does not necessarily work well for somebody who may be on SNAP. If you are elderly or infirm, going to the grocery store can be a challenge and it can be painful. If you are physically impaired or visually impaired, it can be a troubling experience, so for many shoppers online shopping provides an enhancement of their quality of life,” Nickitas said.

Along with appealing to SNAP demographics who deal with limited access to major chains or common grocery delivery options, general consumer trends are further seeing a potential renaissance of the independent grocer. Nickitas said independent grocers have been growing at nearly twice the rate of national chains, which is reflected in National Grocer Association reports of pandemic-era independent grocery sales. As of 2021, independent grocers represent 33% of all U.S. supermarket sales according to the NGA. Up from 25% nearly a decade ago, the independent grocer is still a relevant and sought-after alternative grocer to the current big chains, even with constant talks of Amazon’s encroaching into the market and the overall decline of Main Street retail exacerbated by the pandemic.

“Some of the stores I’ve heard from have seen anywhere between 15% to 30% of their online sales come from SNAP payments, and in some rare store cases SNAP redemption rates could even be up to 60% to 65%,” Nickitas said.

According to the USDA, in March 2020 there were 35,000 SNAP households shopping online. By May 2022, that number had exponentially increased to 3 million, due in large part to the thousands of retailers added to the SNAP Online Purchasing Pilot. Even with this shift in dependance towards ecommerce, consumers noticeably still value the independent grocers. Grocers themselves are not always able to capitalize on this demand, though.

“Falling further behind because of their lack of ecommerce infrastructure, independent grocers fail to give these demographics greater independence and quality of life, including the ability to select their own items and have them delivered to your door,” Nickitas said.

Pioneered by growing consumer familiarities with speedy Amazon transactions and the integration of younger generations into the workforce and consumer base, “millennials are emerging in corporations as the next generation of leadership, intersecting and influencing business decisions to integrate a more omnichannel shopping experience,” Nickitas said. Major retail corporations are addressing these trends and pulling their funds to develop the necessary ecommerce infrastructure. However, independent grocers do not have this luxury; most are single stores or regional chains, wielding considerably less capital resources. Consequently, they’re missing out on a lucrative slice of consumers which, if the last two years of increased SNAP recipients is any indication of a long-term trend, will continue to see growth.

Nickitas’ Rosie is one of the most established companies in the grocery space looking to support the local grocer in building out its online shopping footprint.

“As one of the first companies to support independent grocers that were brought into the USDA SNAP program in 2017, Rosie has developed a tremendous amount of expertise in this area and are on track to be one of the largest payment processors of online SNAP payments to the independent grocery space this year,” Nickitas said.

Helping independents build ecommerce platforms, Rosie understands that local grocers are still an essential component of the larger grocery community, but must evolve to offer more of an omnichannel experience and more options for payment. Seamlessly getting independent grocery stores through the SNAP online adoption process, Rosie is ultimately trying to get independents on the ecommerce map so consumers can continue to trust their community-orientated store that’s often seen as one of the first places people go to work and one of the largest contributors to the tax base of these communities.

Recent studies by Pop Menu claim that, on average, 40% of individual or family food budgets are spent on restaurants each month, reiterating the increasing competition between grocery stores and restaurants vying for the consumer’s dollar. As inflation continues its upward creep and low-income consumers feel the value of their dollar evaporate, it becomes even more critical for independent grocers to understand and adapt their offerings to the shifting spending habits of SNAP recipients.

“Recognizing that the grocer is shifting their value proposition to answering the question of what’s for dinner, the consumer base has shifted from a cooking customer to an eating customer. It is therefore essential that independent grocers implement more of an omnichannel and in-store experience that capitalizes on this trend towards focusing less on providing ingredients to home chefs but rather providing meals for families,” Nickitas said. 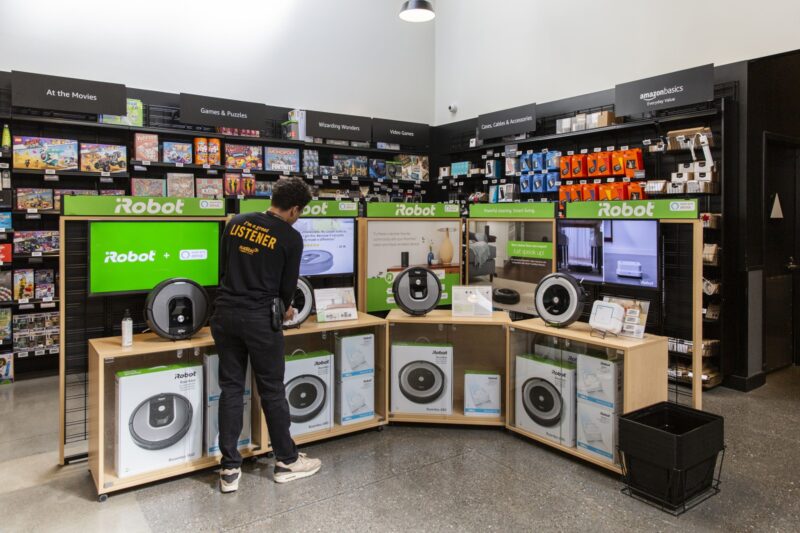 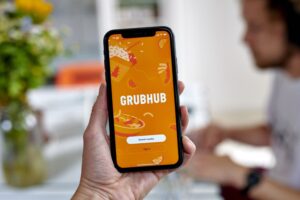