Texas Healthcare Linen (THL) is a 48,000 square foot commercial laundry facility located in Abilene, Texas. Created through a collaboration between three hospitals (all TPC Members!), the facility provides laundry and linen services for its partnership of owners, Hendrick Health System, Midland Memorial Hospital, and Medical Center Health System, along with many other hospitals and healthcare facilities in the region. THL has become an example of a successful consolidated service that has lowered costs and set the standard for commercial healthcare laundry services throughout the region.

The business began in 1997 as Midwest Texas Healthcare Linen Service, which was wholly owned by Hendrick Health System. When Hendrick decided it was time for the business to expand, they consulted with fellow TPC Member hospitals Medical Center Health System and Midland Memorial Hospital to help grow the laundry’s regional footprint. With the partnership in place, the owners invested nearly $12 million to build a new facility and in 2010 they broke ground on Texas Healthcare Linen. Believing this service would be a cost-effective endeavor in the long-term, the partners invested in new equipment and quality linens. In fact, THL owns all the linen they provide and rents products to their customers in a similar manner to a commercial uniform service. Over the years, THL has added other product lines such as floor mats, disposable soiled linen bags, upgraded linen lines, and OR packs to accommodate the changing needs of the market. As it grew in the products and services provided, THL customers began to experience a level of service that surpassed all prior laundry experiences – and all done at a significantly lower cost.

Hospitals Benefit from Their Collaboration

Hendrick Health System, Midland Memorial Hospital, and Medical Center Health System believed in their collaborative efforts and leveraging their combined scale to create a consolidated service to benefit all. Additionally, the partners believed that THL would appeal to other medical facilities in the region. Across the vast landscape of West Texas, many laundry providers did not operate local facilities. Servicing the area often led to inconsistent delivery schedules, poor service, and spotty quality at a high cost. As an alternative option, THL built a business committed to providing its owners and customers with high quality products and regional service that other laundries had been unable to provide to the region. Customers quickly realized that THL’s regional model decreased their costs and improved the quality of service.

As with any business, success did not come instantly or without challenges. It took THL a few years to grow the business and show positive financial gain. Over time, the three owners worked diligently to implement a team that would help make the enterprise thrive. Through their dedication and determination, the team grew THL’s volume from 6.9 million pounds of laundry in 2011 to 13.8 million pounds in 2018 – with net margin growth to match. And despite the heightened focus on growth and achievement, THL has remained committed to its customers and continually reevaluates processes and procedures to ensure the highest level of service.

THL owes its success to its collaborative nature, striving to partner with customers in creating a quality healthcare experience, not just another “vendor”. This philosophy stems from its roots, created from a collaborative effort between the founding hospitals and continues to be a priority as the business grows and evolves. Since 2011, THL has not only doubled its output volume, but has added 10 new hospitals and multiple smaller clinics, serving a 350-mile radius – and even expanding as far east as the Dallas-Ft. Worth area with more growth on the horizon! THL clearly demonstrates that hospitals can come together in a collaborative manner to consolidate resources and provide a great product while cutting costs in this ever-changing economy.

TPC is proud to work with the Member hospitals that created THL. Their endeavor is a reflection of the vision and collaborative culture that TPC holds for all Member-directed initiatives and programs. By providing a framework for independent, community-based hospitals to achieve system value, Members are able to optimize operational, financial and clinical performance. 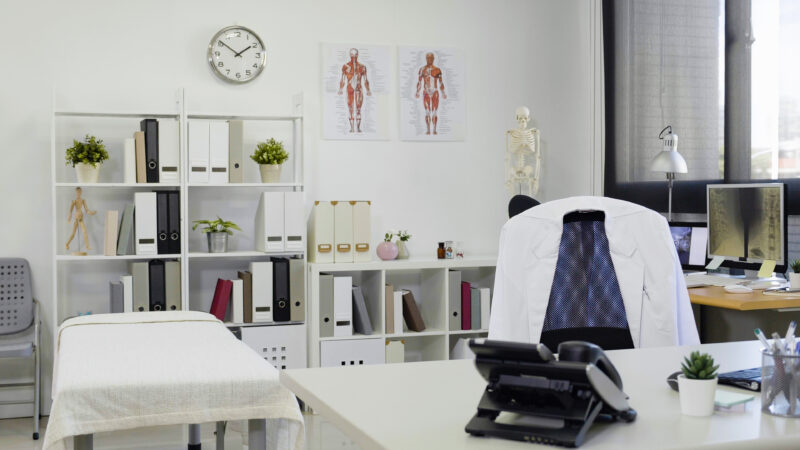