Dtravel is powered by its native token TRVL — coming soon to Binance Smart Chain and the Ethereum Network — which is held by all hosts and can be used for booking stays, staking to qualify for rewards, participating in platform governance, and more.

The first 100,000 hosts to register are eligible to receive over $35 million worth of TRVL tokens.

“Traditional home sharing platforms are aligned with their users in the early stages, but over time this changes. With the need to return profits to shareholders, home-sharing platforms are forced to extract as much as possible from transactions on their platforms,” said Juan Otero, co-founder and CEO of Travala.com. “Dtravel meets the needs of the home-sharing community first and forever. It’s easy-to-use, highly secure, and optimized for the next generation of hosts and guests looking to take back control of their travel experience.”

The Dtravel Solution: Community-governed, Peer-to-peer, DeFi Native
Dtravel aims to replace the broken relationship between centralized home-sharing corporations and their hosts and guests by putting ownership, control, and decision making back into the hands of users through blockchain technology. In doing so, Dtravel can:

“Sharing economies are authentic and sustainable only when they are governed and controlled by stakeholders, and the home-sharing ecosystem has been broken for years under outsized control from centralized corporations. It’s time for a community-owned and community-governed replacement,” said Jalak Jobanputra, Founding Partner of Future/Perfect Ventures.

“With travel starting to rebound and a record level of interest in blockchain technologies like cryptocurrencies, Dtravel gives eager people what has been missing to date: control and ownership over their own travel experiences. By allowing guests and hosts full participation in their experiences and in the economy they are creating, Dtravel fulfills the true mission of sharing economies.”

For more information and to become a host please visit: Dtravel.com

Learn More About Travala on Say Yes To Travel on June 23rd!

About Dtravel
Dtravel replaces the broken home-sharing economy with a decentralized network that diverts control away from corporations and back into the hands of hosts and guests. Dtravel is built on decentralized finance (DeFi) blockchain technology, owned and governed by its community through the Dtravel Decentralized Autonomous Organization (DAO) and powered by the network’s native token TRVL, bringing more transparency and significantly lower fees to the short- and long-term home rental market.

Turo is Decentralizing the Car Rental Industry. But Can it Scale?

﻿ Since the start of summer, the car rental industry has been trying to maneuver a mass car shortage. Because of the global semiconductor shortage, automotive OEMs slashed car production at the Read more

﻿ Post-Brexit, the U.K. is eager to fill the void of the European Union's single market and tax reliefs with fresh free trade agreements. This included discussions with the U.S., which moved forward Read more

“Since 2010, we’ve completed over 100,000 energy efficiency projects.” How are key stakeholders driving change in energy? Many are forging a path to renewable energy, carbon neutrality, and leveraging data and Read more

Peloton Users are Loyal Fans. Can Hotels Turn This into a New Business Strategy? 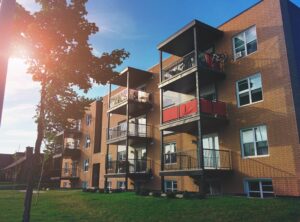 The proliferation of hotel and short term rental booking websites have made property owners lives much easier on paper. But what is the downside of having your business rely on a third Read more 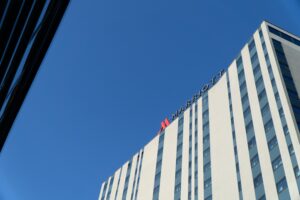 Are Subscriptions for Hotel Discounts a Viable Business Model? It Doesn’t Look Like It

Only three months after officially launching the Tripadvisor Plus subscription program in the U.S., Tripadvisor will no longer offer immediate discounts and instead move towards giving Read more