With automation seemingly taking a hold of almost every part of our daily routines, an industry known for adapting to fast service is beginning to transition into robotics. Many fast food chains have already started implementing touch screen menus and mobile ordering services that replace traditional person-to-person transactions, but the current state of automation in restaurants is far more advanced than touch-screen ordering. In Boston, a restaurant has opened recently with a row of robotic cooks that looks to change the way customers eat fast food.

Spyce, the product of four MIT graduates searching for a healthy, affordable alternative to fast food, uses a traditional commissary kitchen with humans to prep the ingredients. What makes Spyce special is their arsenal of seven robotic cooking woks that dispense ingredients the customer chooses on a touch screen menu, cooks them with induction heat in three minutes or less, and serves the final dish in a bowl that is garnished and delivered by employees. The idea is revolutionary, or as Spyce puts it, “We’re at the intersection of technology and hospitality, making accessible, tasty and nutritious meals.”

Robotics are not only making food at trendy new restaurants—they are also now cooking meals at home.

Moley is a company that is looking to bring consumers into the future with “the world’s first automated and intelligent cooking robot.” Their idea incorporates a pair of robotic hands programmed with the movements and nuances of an award-winning chef.

The consumer product—set to launch in 2018 will be, as described by Moley, “Sophisticated yet compact, it will feature the four key integrated kitchen items of robotic arms, oven, hob and touchscreen unit. The kitchen is operated by its touch screen or remotely via smartphone. When not in use, the robotic arms retract from view. In robotic use, glass screens glide across the unit, enclosing it for safe use when there’s no-one home.”

How we get our food is rapidly changing, and whether it be at home or on the road, your next meal may be courtesy of advanced robotic engineering. 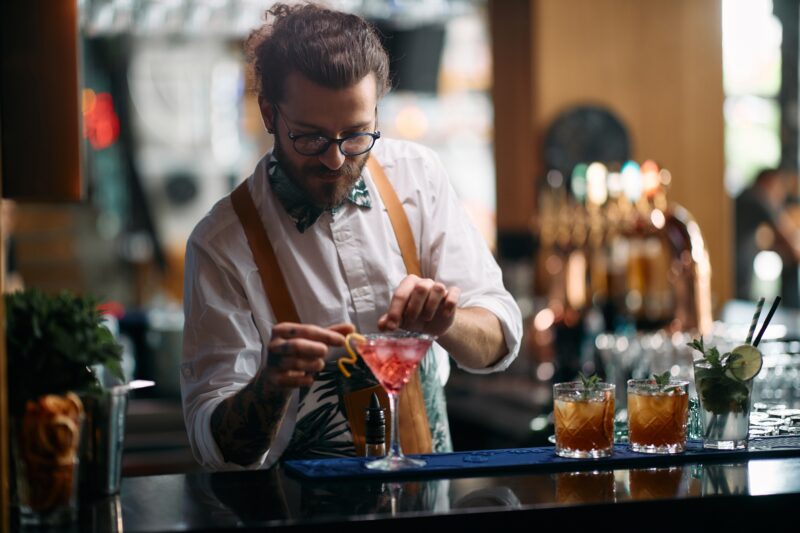