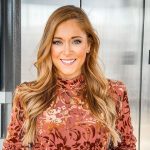 The way we communicate, share data and use technology to act on those insights is changing – and it’s all leading to the cloud.

On In the Cloud, every week new experts will engage in a fire side chat and will bring their extensive experience in software, IT and mobile solutions straight to you, offering a glimpse into the future of cloud connectivity around.

The promise of self-driving cars was supposed to be a reality; at least, that’s what Jetson predicted. Alas, the technology isn’t there yet. So, what’s the hold-up? Offering insights on the topic, In the Cloud host, Hilary Kennedy spoke with Ahmad Malkawi, CEO of Global Telcom. Global Telecom is the only U.S. manufacturer of modules for IoT (Internet of Things) devices.

“The AI is there, the algorithms, and the processing power is almost there. What we’re missing is the data” -Ahmad Malkawi

Malkawi shared that autonomous transportation includes a variety of modes, including cars, semi-trucks, drones, and rovers. When it comes to having actual autonomous cars driving humans around, he advised that the shortcoming is the data. “The AI is there, the algorithms, and the processing power is almost there. What we’re missing is the data.”

While a car can be “smart” enough to navigate in some situations, the infrastructure doesn’t support complete autonomy. “We have no sensors on the roads and highways. We have a way to go before we can push a button and go,” Malkawi said.

Building a network of IoT devices will be critical for the future and safety since one gap in data could be the difference between an accident occurring and not. Malkawi does believe that autonomous drone delivery will occur before autonomous cars, especially in rural areas.

Global Telecom is playing its role in the next generation of IoT devices. Every module they create has an embedded AI system. That’s something lacking in the wireless networks currently. These systems once were fine as long as the signal was strong. Now, high performance and low latency matter. 5G has improved latency, but the infrastructure will need a major technological overhaul to become a highway of self-driving vehicles.