How Grocers, Producers and Importers Should Maneuver Rising Meat Prices

US families are gearing up for another holiday season of turkeys, hams, and seasonal feasting. Even though consumers planning to shop during the Thanksgiving weekend has gone up by 1.7 million according to NRF, inflation is adding an extra layer of strain to the rebound grocers are hoping for, with U.S. dollar inflation making its way to even meat prices. The Bureau of Labor Statistics reports some meat cuts are up as much as 25% from September 2020. 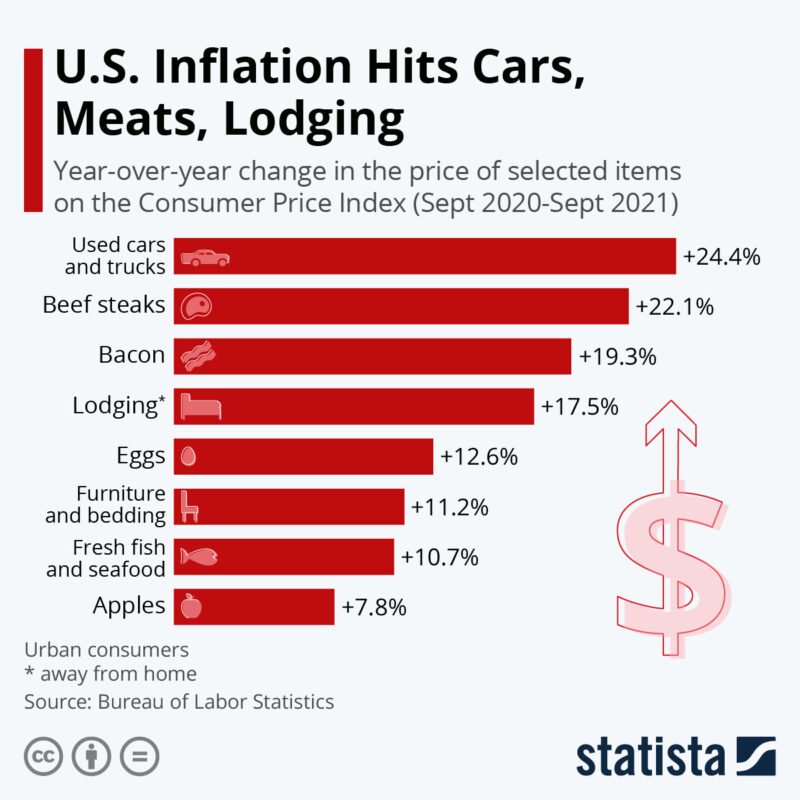 For consumers, higher prices can seem nebulous and unwarranted. But any logistics or grocery professional knows that by the time a cut hits the butcher department, meat prices end up being indicative of a number of factors along the supply chain, from fertilizer cost to port delays, to labor disruptions and consumer demand predictions. Can grocers do anything actionable to keep costs low for holiday shoppers? What strategies work best to insulate against supply chain costs?

Mark Hamstra, Freelance Writer with Supermarket News, gave context on the varied forces putting pressure on grocers’ margins that influence their decisions around product pricing, including for meats. These include labor costs and the cost of investing in ecommerce solutions.

“Many of the supermarkets saw large increases in sales volumes during the pandemic and were able to reward their employees with bonuses and higher wages in many cases, but now they’re face with having to retain those works, and many of the operators have said they’re going to be raising wages as high as $15 or $16 an hour.” Hamstra said.

“Retailers are having to invest in things like curbside pick-up, in some cases microwarehouses, in some cases automation to power those microwarehouses. Those are all short-term investments that put pressure in the short term on their costs and that will force them to consider price increases.”

More structurally, what are the compounding issues leading to the price hikes in the first place? Beyond inflation, industry analysts point to rising costs of fertilizer and cattle feed crops like corn & soybeans being one of the initial points where cost is offloaded down the supply chain. John Ogilvy, St. Louis Branch Manager for the OEC GROUP, explains that, because of disruptions-turned-costs along European and Chinese freight lanes, and because the bulk of U.S. fertilizers are imported from Europe and China, prices have naturally spiked.

To Ogilvy, this crisis is more manageable than not, though that doesn’t underscore its persisting nature expected through 2022. He explains why the global industrial supply chain can be both the poison and the antidote to solve these cost issues.

“We live in a global economy that allows business to source raw materials and finished goods from the far corners of the world. For most industries, including fertilizing and manufacturing, Plan A is to source those goods in least-cost countries with reliable production and reliable supply chain channels,” Ogilvy said.

“Coming into the traditional peak season for U.S. imports, prior to the holidays, low-cost fertilizers and pesticides are competing for vessel space against importers willing to pay higher freight cost to prioritize high value consumer goods.”

Overall, industry experts see continued price hikes this season to be an inevitability. Hamstra explained how the chain of costs trickle down from farmers to suppliers to grocers, putting the final cost pressure on consumers. Though any one grocer can’t do too much to lower costs across the board for meat prices, they do have the power to strategically phase in cost hikes to the consumer’s benefit.

“Some retailers that want to maintain value positioning in the market might try raising their prices a little more slowly, or to a lesser degree than some of their competitors. That would improve their relative positioning in the market if their competitors are raising prices by 10% or 15%, and the retailer chooses to only raise his price by 7% or 8%, they might still be perceived as offering value to their customers,” Hamstra said.

If October’s Turkey sales are any indication, Thanksgiving & Christmas demand will continue this pressure on the meat supply chain and in turn keep prices high. Supermarket Perimeter reports that, according to IRI and 210 Analytics research, whole bird turkey sales were 194% higher in volume than October 2020. An even higher view, supported by data from the U.S. Census Bureau, shows grocery sales have steadily increased year over year since 1992, undeterred by the pandemic. In fact, 2019 to 2020 showed the largest increase in sales in that entire 28 year window. 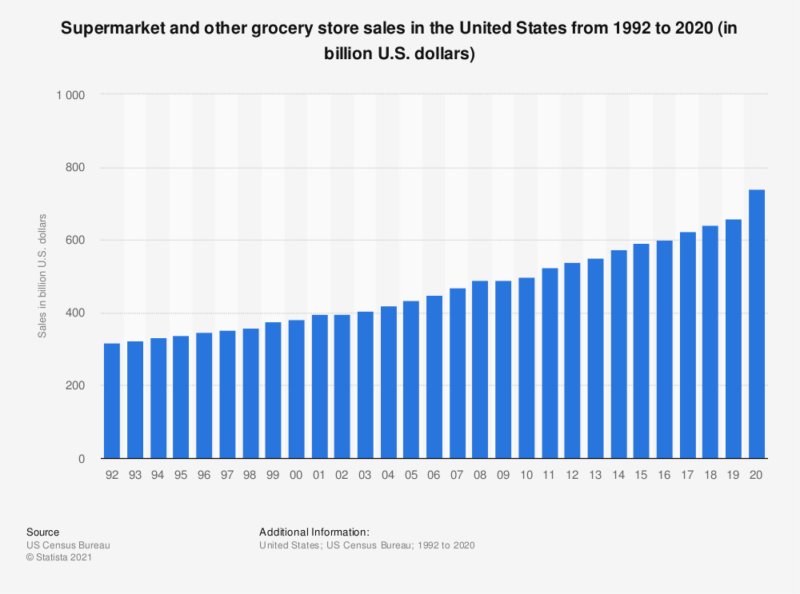 For Hamstra, at least at the seasonal level, this is an expected boom in demand that shouldn’t tempt price hikes, as grocers should already be prepared to absorb any increased holiday costs like they do every year with value-priced whole turkeys, for example, that benefit the consumer more than their bottom lines.

“Some large grocery retailers have sought to stock up on their inventories of meats and other products in order to build stockpiles of product ahead of future anticipated price increases, but that’s not always possible for all products. And there’s been some pushback from smaller grocers that don’t have the resources to buy products in that ways, and as a result they’ve had to pay higher price or have gone out of stock,” Hamstra said.

Pointing the lens back up the supply chain, the logistics models of old will most likely be unable to meet the times, Ogilvy said. For this reason, he predicts companies that adapt and change business models, partnerships and workflows will be the ones who best insulate against, and help mitigate, rising meat prices.

“I believe we’ll see significant restructuring of supply chains through investments in warehousing and inventory levels. Just-in-time inventory systems have been hit hard by these challenges and resulted in high transportation costs, lost sales, and in the case of fertilizer, security of future crops. Higher inventory carrying costs will have to be weighed with the lost opportunities and experience,” Ogilvy said.

Is the Supply Chain Ready for Black Friday?

How Will the Surging Grain Prices Impact Farmers?

How Will Updates to the Packers and Stockyards Act Shape Agriculture’s B2B Relationships?