Blue Origin New Shepard Design Senior Director Garry Lai discusses the precautions the company has taken to prepare for their first manned space flight carrying owner Jeff Bezos, and the safety features that the New Shepard spacecraft has been fitted with.

Host: Gary, thank you so much for joining us. It’s wonderful to have you here. You’ve been working at Blue Origin for 17 years. This is a huge milestone. How are you feeling?

Lai: I’m feeling great. And feeling very confident. We’re going to have a safe launch tomorrow, and I’m feeling very proud to be a member of the Blue Origin team. You’re in charge of the design of the rocket. Tell me what your level of confidence is that tomorrow will go 100% as planned. We have high confidence. And it’s not just because we’ve flown it successfully 15 consecutive times, which is a rarity for a brand new vehicle to fly successfully 100% of the time. We have done so much test and analysis on the ground. I mean, the public sees the flight test. And we describe that as like the tip of the iceberg. They’re sitting what’s floating above the water, but below the water. We have done hundreds and hundreds of tests on components, on the engine, in simulation, and it gives us very high confidence that it’s going to be successful tomorrow.

Lai: Right now, they’re doing the final preparations of the vehicle. We have cleared all flight constraints. So we’re going to be rolling out tomorrow. And just executing the procedure by the book. Now, the big question, of course, is whether and many space launches don’t happen exactly on time. Yesterday, we were told that weather looked good, especially in the launch window. But thunderstorms have been moving in. We drove through a lightning storm last night to get to you. What is the weather looking like now? The weather forecast is looking good right now, but that could change. So we continue to monitor the weather. If the forecast does change and become unfavorable. There is a risk of delay. And what’s the backup window? If that delay happens, we just go day for day to day. So would likely be happening on the same day. Could it happen on the same day? Would it be pushed? It would be pushed to the following morning. So if you missed that 8:00 AM window, you go to the following morning, we have a little play. It’s not exactly 8:00 AM we can go later in the day, but we don’t want to get too late. Sometimes when you get into too many delays, it’s better just to recycle to the next day and start over.

Host: OK, now, given that you were so involved in the design, talk to us about the design itself. What is it that makes you believe this is the absolute best. And most safest vehicle for Jeff Bezos and your first human flight? So foundation of the new shepherd systems safety is fault tolerance. And that is the idea that if something goes wrong, anything that you need for safety, that there is a backup system for that.

Lai: In most cases, there as a backup to the backup system. It’s called to fall tolerance, meaning we can suffer in most cases any random combination of two failures or human errors and still get people down to the ground safely. So I give you a few examples. Yeah So the most prominent one is the crew escape system. So there is something wrong. It’s detected on the booster during ascent at any moment. In a fraction of a second, we can ignite a solid rocket motor that will send the capsule and the crew away to safety. That’s one example. Another example is there are three parachutes on board. They have always worked. We’ve never had a failure. But in case is only one of the three parachutes opened, we can still land safely. And that is just the tip of the iceberg. Every mechanism, every battery, every computer, every wire, even on the vehicle has a backup.

Lai: The drugs and the man’s each drug is attached to one man. And so we put those two together, every single parachute string. And we only need one drug to come out to pull out one main parachute and we could still land safely.

Host: OK, so, you know, how does this milestone fit into blue origin’s future? I mean, Jeff Bezos has talked about building a road to space. And once you’re there, humans can do amazing things, you know, say this week goes off without a hitch. Then what’s next?

Lai: Right so this is a lot more than just about new shepherd, because new shepherd really you cannot really understand the new shepherd program without looking at the broader context of what the mission is trying to accomplish. So the mission of the company is to make humans a space faring civilization in order to preserve the Earth. It’s about saving Earth because Earth is a finite place. It doesn’t have unlimited resources, but there are essentially unlimited resources, even in our solar system. So in order to do that, what we’ve decided to focus on is space transportation. And in order to make us a space faring civilization, we have to make space travel routine and safe. And the suborbital mission of new shepherd is a great place to start with that. All the technologies that we’ve chosen the architect. The new Shepard vehicle had been chosen with that greater mission in mind, so vertical powered landing, the way that we land the rocket, that is the way you land rockets, say, on the moon, you cannot do it with wings. Their choice of propellant on new shepherd, we use liquid oxygen. Liquid hydrogen is the most complicated and high performing propellant to work with. But that is what you need to go to the moon. And if you are on the moon, you can extract water from the moon. And we feel your rockets. And so all of these things together. And you, Sheppard has a space tourism mission, but it is part of a much greater story. And basically you build the rocket to be able to land on the moon, refuel and go to its next destination. We’ve built basically the Fung foundational building blocks of the technology that we can then translate to the other programs. Your shepherd won’t land on the moon, but derivatives of all those technologies we’re developing, will be part of our other programs.

Host: Well, speaking of that, you’re also working on the new Glenn rocket. Can you give us an update on production? So we are targeting to launch new Glenn by the end of next year. And is progressing through manufacturing past, most of the design reviews. And it is going well. So when will Jeff Bezos be able to orbit the earth?

Lai: I don’t think I can comment. So you wake up in the morning. What’s the first thing you check? The first thing I tell you what you know, tomorrow morning, you’re going to wake up. What’s the first thing you’re going to check? I’m probably going to check that, that there aren’t any messages for anomalies. But most of the launch crew is going to assemble at about midnight actually tonight to do the rollout. So I will be getting a little more sleep because I’m supporting the webcast and the second shift. So by the time I wake up, the launch operation will have been happening for several hours. Really well. And obviously, you’ve already worked through many emergency scenarios. You talked about the emergency procedures.

Lai: Right so as an engineer, you can never escape the gremlin of unknown unknowns, meaning you’re always going to question whether there is something you’ve forgotten or overlooked and you can’t quite put your finger on it. But it might exist. But that is at this point, what I’m worried about, because otherwise, I don’t know how much more thoroughly. We could have been. We’ve brainstormed and attempted to identify and mitigate all the risks that we could think of, whether or not there is you know, we’re not as smart as we really think we are. So the only thing you can’t control is the weather.

Host: You’ve chosen a morning launch window, which is generally more clear. I understand you were tested using some weather balloons to test today and yesterday.

Lai: So weather balloons are a normal part of our launch operation because the space launch is very sensitive to upper air winds. The upper room winds are actually just fine. The only concerns related to weather are forecast if there are thunderstorms in the area. This is West Texas. In the summer, there tend to be thunderstorms. There’s always the possibility. But we have at this point well, well practiced in our world, our criteria related to weather.

Host: And you mentioned that some of the things that your technology can do, like landing on the moon, is not something you could do with space plane technology, which I assume you’re alluding to Virgin Galactic there in their technology. What do you think makes blue origin’s technology special and different from Virgin Galactic and even from spacex, which is a vertical takeoff and launch?

Lai: So we have a very, very, very different approach in a very different system from those other companies. Competition is good. I think it’s healthy to see that there are so many players in the market trying different approaches. And in the end, any successful industry will have multiple winners. And so for someone who’s been in this industry for more than two decades, how do you see the space race, the competition, the vision playing out? We don’t think of it as a race at the origin. We are in this for the long term. And by long term, I don’t mean, five years. I don’t mean, 10 years. The vision of Blue Origin is generation spanning. I will not see it happen in my lifetime, maybe not even in my children’s lifetime. That is how long the horizon of blue origin’s vision is. And I’m very excited to be part of this early step. But it will keep on going. 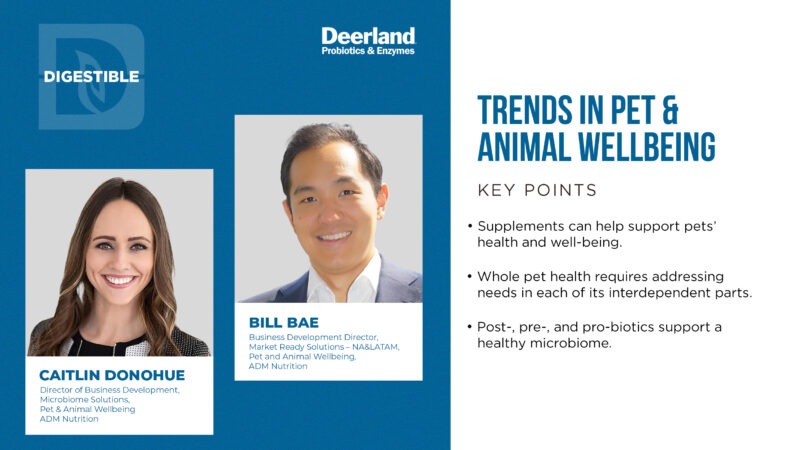 Forging Connections: What Is the Cost of Not Being Digitally Smart?

With more than 18 years of experience as the founder, CEO, and president of Acumen Analytics, Kathleen Brunner’s love for numbers is evident. To talk about the key role data plays in solving problems, Read more