But what is really meant by the phrase “cycles of concentration?” Basically, it is telling us how many times the water in the boiler or cooling tower has been concentrated compared to the makeup water.

The next logical question may be “What do you mean by the water being concentrated in boilers or cooling towers?”

Both boilers and cooling towers function by evaporating water. In a boiler, fuel is burned to turn water into steam. In a cooling tower, evaporation occurs as air is blown across the water to remove the heat picked up from air conditioning a building or cooling a manufacturing process.

As water is evaporated in both the boiler and cooling tower systems, primarily only pure water leaves the system. Other impurities, such as calcium, sodium, and chlorides, are left behind and concentrate in the remaining liquid water. Imagine boiling a pot of water on the stove until only a fraction of the water is left. This remaining water will start to look cloudy as impurities are concentrated.

First, if certain impurities concentrate too much in water, they can precipitate out of solution and form insulating scale, which can lead to greater fuel consumption, higher energy costs, plugged piping, corrosion, and more. Second, there is an upper limit on where a boiler or cooling tower can be operated without forming scale. Third, operating too far below this limit only wastes water and increases the total cost of operation.

“How are cycles of concentration controlled?” Cycles are controlled by wasting or blowing down a portion of the concentrated boiler or cooling tower water and replacing it with fresh makeup water diluting the impurities.

Typically, this process is automated with controllers and monitored by periodic analytical testing. 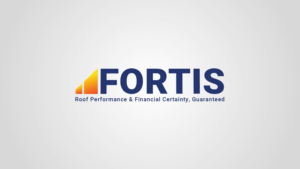