The NFL Season by the Numbers 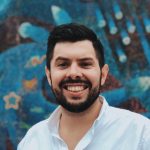 While stats have always been part of the NFL—teams, analysts, and fans are obsessed with the data and what it means. And so is Diving into Data host TC Riley. TC invited fellow football and data fan Tyler Kern to talk about crazy stats from the 2020 season and what they expect in the Super Bowl.

Riley and Kern discussed some unique stats, some winners and some losers. First up was sensational Tennessee Titans running back Derrick Henry. Riley shared, “He became the eighth player in NFL to rush for 2,0000 plus yards. He also had as many 200-yard, two-touchdown games as any player ever had in his career.”

So how did Henry put up such incredible numbers? Kern said, “It has to do with balance and a better quarterback in Ryan Tannehill.”

While Henry’s success at running back is special, it’s also one of few because Riley believes that the NFL is “a passing league now.”

Yet those teams overly reliant on passing or running, for that matter, didn’t translate to success. Another interesting stat is that punting is disappearing. “There were only 7.4 punts a game; it had never been lower than 8.4. Why? Because teams went for it on fourth-and-one 66% of the time, which shows teams are using analytics to make better decisions,” Riley added.

Looking at some losers, Riley and Kern had to talk about the hometown team of MarketScale, the Dallas Cowboys. They gave up more than 30 touchdowns at home. “It was obvious the defense was not well organized, and they didn’t know what they were doing. It was a clear disconnect,’ Kern said.

With a new defensive coordinator and hopefully a healthy Dak Prescott, maybe those Cowboys can turn it around in 2021.

What about stats that were great for the player but didn’t translate to wins? Deshaun Watson threw for 4,800 yards and 30 touchdowns, but the Texans had only four wins. That’s never happened before. “He had huge numbers, but there was no vision,” Riley said. Watson has asked for a trade, so maybe he’ll be able to win consistently in another system.

Finally, Riley and Kern gave their predictions for the Super Bowl. While they both admire Tom Brady’s talent and career, they think the Chiefs have his number. “When Brady loses, it’s because of pressure, so I’ll be looking at the pass rush of the Chiefs,” Kern said.

Riley added, “The key to the game for the Chiefs will be balance with running the ball. They can’t get too pass-happy.”

AMC and Zoom have announced they are launching "Zoom Rooms" sometime in 2023. Zoom Rooms will allow for video conference calls to occur in AMC movie theaters, increasing the meeting capacity to Read more

"Black Panther: Wakanda Forever" is not only already a critical success, but has continued to exceed expectations at the box office domestically and abroad, setting opening weekend records. On its debut Read more