Weaver: Beyond the Numbers: It’s Up to You, New York (and Charlie)

Howard Altshuler and Rob Nowak invited Charlie Anastasia to Weaver’s Beyond the Numbers — Real Estate Edition, to give his insight on life in New York City pre-Thanksgiving 2021.

“You definitely will see a lot more people in the city, which is really refreshing,” Anastasia said. The last six months have seen an increase in traffic, visitors and crowds, and now the holiday season should bring even more.

Similarly, Anastasia noted that the residential market is hot with people hunting for bargains in the city, coming back and looking to find apartments once again in the city. Conversely, retail has remained slow with some shops still closed.

While the office population is also still slow to return to “normal,” with office occupancy lighter than expected, there are positive signs for the city with Broadway and movie theaters reopening, restaurants booming, and the holidays attracting shoppers and travelers.

When asked about what office life in the city will look like in the future, Anastasia doesn’t envision most companies returning to the traditional five-day in the office work schedule. Instead, it’ll likely be a hybrid flex schedule.

Despite the vaccine mandate for New York City, Anastasia noted that “people are playing this chess board strategically” as to when companies are bringing employees back into the office or checking on vaccinations. 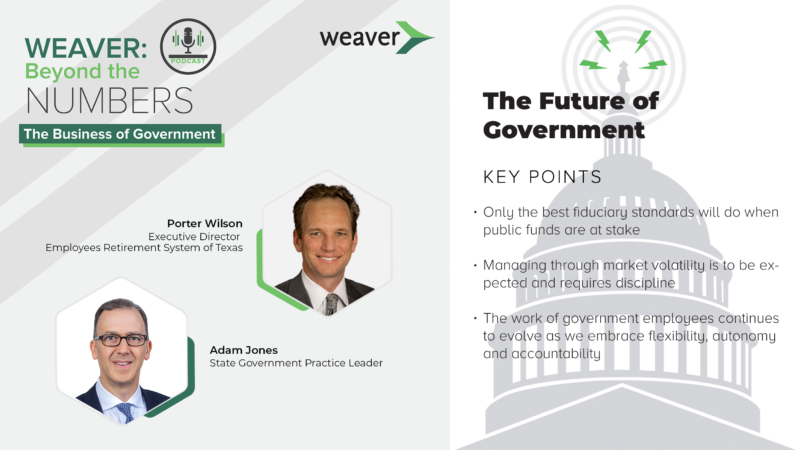 The Future of Government 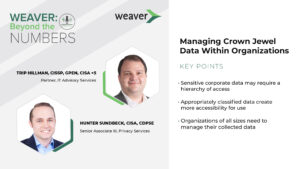 Beyond the Numbers: Managing Crown Jewel Data Within Organizations

An organization’s intellectual property, trade secrets, and any proprietary information that requires protection are considered crown jewel data. Managing this data can be as crucial to the organization as the data itself. Trip Hillman, Director of Cybersecurity Services at Weaver, and Hunter Sundbeck, a Privacy Lead for IT Advisory Services at Weaver, checked in with […] 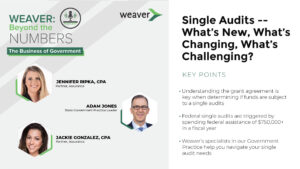 Weaver Beyond the Numbers: Business of Government