Talk Human to Me: The Future of Voice Technology 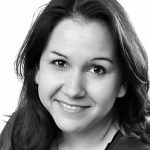 Kenneth Sutton, CEO of Yobe, Inc began his company as a business focused on frequency analysis and autism. The goal was to figure out ways for people with autism who found music frequencies in confined spaces to enjoy the music. Sutton’s friend found a way to manipulate frequencies to a more tolerable level. Sutton shared his story and the evolution of Yobe with host Shelby Skrhak.

And while Sutton and his friend stumbled upon a great idea and potential solution, they needed to make their process scalable. Combining broadcast studio know-how with IP, they created sophisticated AI data processing algorithms and enhanced music in real-time.

“Just because you built something doesn’t mean the market cares,” Sutton said. “What we found out was the music market had bigger problems than fidelity. So, we pivoted into voice. Our artificial intelligence style and our ability to track different types of biometrics like voice were uniquely suited to solve what we call the cocktail party problem, which is the actual scientific term of the signal-to-noise issues you have sometimes when talking to a device, and it’s noisy.”

Sutton recognized the voice technologies deployed in everyday use over the past several years were limited. Still, as more and more people grow accustomed to using devices such as Siri and Alexa, the easier it is to increase new solutions.

“What we’re finding that’s weaving itself into the conversation is this thing we call the human standard, which is, we know how a device is supposed to respond to us because we talk to people all the time,” Sutton said. “We don’t get upset when our devices don’t work when it’s crazy noisy and real loud. We get upset when they don’t respond the way a human would when a human was in the same environment.”