Forever 21 Fails to Live Up to Its Name, Files for Bankruptcy

Close to 200 Forever 21 locations may be coming to an abrupt end after the discount retailer filed for Chapter 11 bankruptcy protection this week. The company was undone by declining mall traffic, expensive leases and ecommerce competition over the years.

Forever 21 has close to 800 brick-and-mortar locations worldwide, including 534 in the United States. Approximately one-third of its United States footprint is expected to close through the bankruptcy filing.

On Business Casual, hosts Tyler Kern and Geoffrey Short examined the company’s missteps and debated whether the retail apocalypse is playing out as many in the industry feared.

Pop-Up Retailers Will Finally Have Analytics to Chart Success 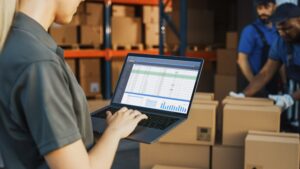 Does the Key To Retail Sustainability Lie In Decision Intelligence

Summary: Even with the National Retail Federation Retail's Big Show wrapping up, the lessons learned from this years convention will ripple through the rest of the year. With retail Read more