Into the Metaverse with Ori Inbar

The metaverse has grabbed the attention of people worldwide. The term frequently appears from television shows to movies and everywhere in between, bringing awareness of emerging technologies to the masses. Haptic Feedback host Dan Cui, VP Sales and Business Development, Shockoe, spoke with Ori Inbar, Co-Founder & CEO of AugmentedReality.org, to discuss how the metaverse is emerging in the “real world.” Cui opened the conversation by speaking to the confusion that surrounds the term.

With so many technologies attached to the metaverse, such as augmented reality (AR), virtual reality (VR), Non-fungible tokens (NFTs), 5G, and bitcoin the term itself can get a bit overwhelming.

The list seems to expand daily, so what is the metaverse exactly?

World-renowned expert Inbar with decades of experience in the industry chuckled at the question noting that he had heard it a thousand times in the past year with just as many different answers. “It’s definitely a confusing term. Trying to define it right now is kind of a futile exercise, but here’s what I’m going to say. I think it’s probably safe to say that in simple terms, the metaverse is the next stage of the internet –when it becomes spatial when it becomes immersive.”

Essentially, it’s when people are no longer looking at 2-dimensional screens. This is not an entirely new concept; in fact, it’s been around a lot longer than many realize. Think Pokémon GO, many know of this game even if they haven’t actually played it themselves. This interactive game that bridges the “real world” with an internet world is one example of the birth of the metaverse.

An interesting note is that the metaverse will mean different things to different people and different industries. In finance, there is cryptocurrency, for example and for gamers, there are virtual reality gaming systems entering homes at an ever-increasing pace.

What does this mean for small business to large businesses looking to get into this space? For startups, this is a big opportunity to take a stand in this new wave. For the big tech companies and larger enterprises, they are looking for the next opportunity to invest in as current growth plans are plateauing. Inbar cautions to still be careful and to understand first what you are going into. If companies are going into this space, they should think of ways how their brand can extend into the metaverse rather than trying completely, whole new ideas. 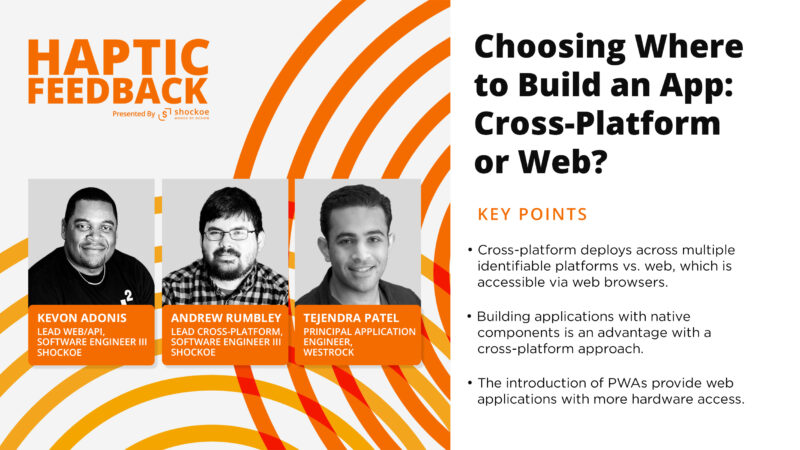 Choosing Where to Build an App: Cross-Platform or Web? 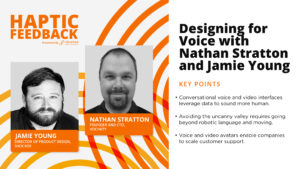 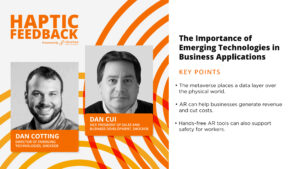 Haptic Feedback: The Importance of Emerging Technologies in Business Applications with Dan Cotting and Dan Cui

Data is accessible in so many ways, and now there are technologies that can drive an even higher ROI for companies willing to make an investment. Discussing these emerging trends, including Read more