#WintheDay: How Personal Branding Can Drive Individual and Corporate Performance 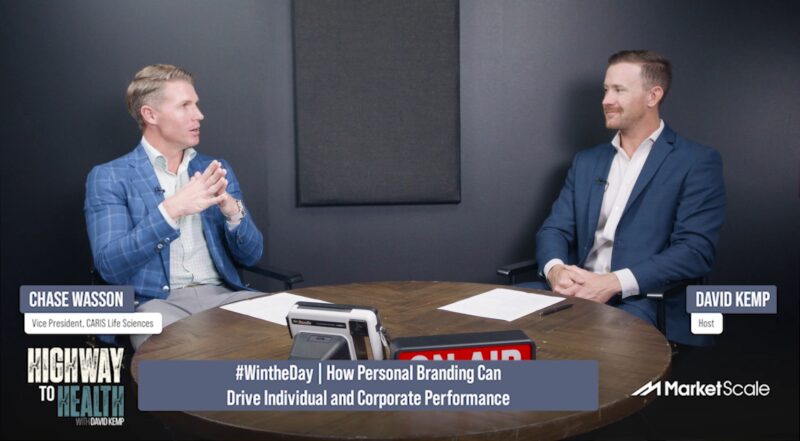 Dollars drive healthcare. So much so, in fact, that the US spent more than 19.7% of US GDP on healthcare spending in 2020. Healthcare costs effect everyone involved in the industry, from the payor to the clinician to the patient. To help streamline healthcare solutions, one company aims to match patients with the best […]

The job of the building manager is rapidly changing—and Internet of Things (IoT) technology is behind that change. Indeed, assistant building managers are increasingly likely to be Artificial Intelligence (AI) rather than human beings. Anyone who has worked in an office building—or even stayed in a college dorm—knows that changes in weather can make the […]

How Miami International Airport Is Changing the Future of Travel

Miami International Airport has partnered with Lufthansa, U.S. Customs and Border Protection, and global air transport IT provider SITA to use biometric face recognition rather than boarding passes and passports to board flights. This is designed to not only speed up boarding—by an estimated 80 percent—but also to bolster security measures. All a passenger has […]

The Internet of Things (IoT) is making inroads not only in homes and industries, but in health care as well. While homes already have sensors regulating temperature room by room, turning lights on and off, and artificial intelligence (AI) learning residents’ habits, factories will soon find machine monitoring with communication to supervisors to reduce downtime. […]

Why Big Tech Companies are After Big Energy Solutions

The big tech companies are not only making big profits—they are also big global users of electricity. To run all of its servers, Google uses about 2.26 million megawatt hours per year. That would be enough energy to run an entire city of 200,000 homes. That is a huge carbon footprint—and a huge electricity bill! […]

The Tools Leading The Science Community to New Discoveries

Many of our technological advances are used first by the scientific community. Nuclear magnetic resonance machines to analyze molecular structures were turned in the MRI machine used in hospitals, for example. 3D printers were used by scientists before they entered industry. The internet was created for scientific usage before becoming more generally available to the […]

Why the Last Mile is the First Place For Innovation

With so much shopping being done online, there are more trucks on the road than ever before. This is especially true in urban areas where package delivery companies like UPS, FedEx, and the US Post Office are making those last-mile deliveries to homes and apartments. In addition to more street congestion, apartment buildings are facing […]

Who Will be the Winners of Aerospace This Year?

There is a lot happening—and a lot getting ready to happen—in aerospace right now. Just last year, we saw five significant achievements in aerospace—but the two that will likely continue to be important in 2019 are AI-drive “generative design” and industrial 3-D printing. Artificial intelligence (AI) is likely going to continue to be a major […]

Will 2019 Be A Milestone Year for Health Care?

On the way to Space, Billionaires Look for Business Partners

The world is in a new space race. This time, though, it is not the United States versus the Soviet Union; instead, it is Jeff Bezos versus Richard Branson versus Elon Musk. This billionaire space race, as it is being called, has resulted in the creation of just as many companies. Musk’s SpaceX and Branson’s […]