How Are Macro-Influencers Impacting Marketing Campaigns

Moments and dances like these live on the social media platform, where almost anything and everything can go viral. So much so that companies have started to collaborate with TikTok stars on influencer campaigns to push their product because some of these influencers have millions of followers on this platform. One example is Pura Vida partnering with Charli D’Amelio. On the surface, that sounds like a pairing that makes sense, but we wanted to know more about the type of impact macro-influencers can have on marketing campaigns. So we spoke with Francisco Schmidberger, who is the co-founder of LINK Agency who coordinated the TikTok campaign for Pura Vida.

We’ve run campaigns similar to this one in the past with smaller creators, not as macro as Charli D’Amelio. And although the impact was quite positive, it wasn’t as monumental as this one that is seen by the hundreds of millions of impressions that were generated through this campaign. But we really saw that as soon as Charli D’Amelio posted her video, thousands of user videos followed that. And for context, this campaign revolved around creating a brand beat for the client in this case and then redesigning a trend which was showing the audience that you were showing what makes you happy or showing that you’re happy. Our target was for users to either showcase an activity that they really enjoy doing or showcasing moments from down their memory lane in which they were really happy. We designed that trend.

This Netflix Show Had Zero Buzz. But Social Media Influencers Took it to #1 in 30 Countries.

The Influencer Marketing Industry is Booming. Here’s How Brands and Creators Can Find Success. 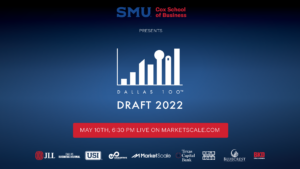